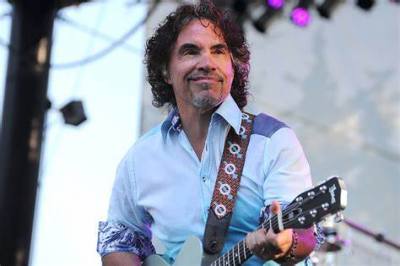 One half of the best-selling duo of all time

John Oates is one half of the best-selling duo of all time, Hall & Oates, as well as an accomplished solo artist. Singing from the time he could talk and playing the guitar since the age of five, John Oates was destined to be a musician. Born in New York City, his family moved to a small town outside of Philadelphia, PA in the early 1950s, a move that would change the course of his life.

Soaking up the sounds of the 60s, John was influenced by the nascent folk scene, bluegrass, delta blues, and ragtime guitar styles, while also immersing himself in R&B legends such as Otis Redding, Sam and Dave, The Temptations, Curtis Mayfield, and Smokey Robinson and the Miracles. One of his biggest mentors was his guitar teacher Jerry Ricks, who had spent time on the road with Mississippi John Hurt and Son House, and introduced John to the music of Doc Watson and Reverend Gary Davis, passing down their signature finger and flatpicking styles.

John Oates met Daryl Hall while attending Temple University in Philadelphia, PA. The two began collaborating and playing music together, marking the beginning of their historic partnership. Since their formation in the early 70s, Daryl Hall & John Oates have gone on to record 21 albums, which have sold over 80 million units, making them the most successful duo in rock history. They have scored 10 number one records, over 20 Top 40 hits, and have toured the world for decades.

John went on the road with the “ Good Road Band “  the very same musicians that played on the album and developed a critically acclaimed show which he captured during a live performance at the legendary Station Inn in Nashville in June of 2020. The recording, to be released in September 2020 displays the amazing talent of these world class players and captures the energy of not only the music of “Arkansas” but introduces new original songs as well. “This is the culmination of two years of touring and you can hear the players interacting and working together in a way that is astounding. "

John Oates was born at the perfect time, paralleling the birth of rock ‘n roll. Raised in a small Pennsylvania town, he was exposed to folk, blues, soul, and R&B. Meeting and teaming up with Daryl Hall in the late 1960s, they developed a style of music that was uniquely their own but never abandoned their roots. John uncovers the grit and struggle it took to secure a recording contract with the legendary Atlantic Records and chronicles the artistic twists and turns that resulted in a DJ discovering an obscure album track that would become their first hit record. This is not your typical rock and roll story. John was focused creating great music. Along the way he achieved incredible success, battling the ever-changing pop music landscape and coming to terms with complex managerial, business, and personal challenges.

Daryl Hall and John Oates have over 20 albums together, more than 60 million records sold, and 29 Top 40 hits. They are the most successful pop duo in the world and members of the Rock and Roll Hall of Fame. And yet John’s story has never been told. Relying on his many hand-written journals, he brings to light many fascinating stories spanning his entire life with a journalist’s eye and a poet’s heart.

In Change of Seasons, John shares his highs, lows, triumphs, and failures. He takes the reader on a wild ride through all the eras, personalities and music that has shaped him into what he is. 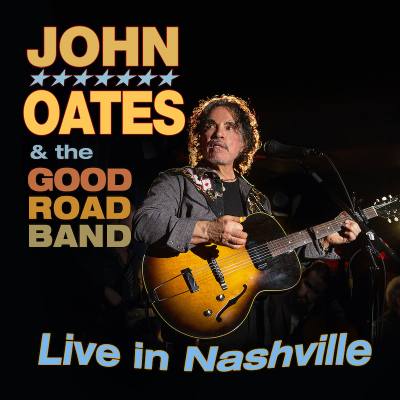