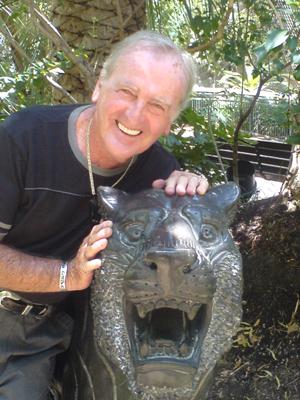 John Barbour is known as "the  godfather of reality TV". He created,  co-hosted, co-produced, and wrote 'Real People' the first reality show, which was number one on NBC for three years during the early 1980's. He originated the 'AM' show in Los Angeles, was the first newscast movie reviewer for KNBC, where he won 3 Emmys, was film critic for LA Magazine for a decade, won a Golden Mike for journalistic commentary, and was a successful stand-up comic in night clubs and on television.

For 30 years, he worked to tell the story of former New Orleans D.A. Jim Garrison, the man who tried to bring Clay Shaw to trial for his role in conspiring to kill John Kennedy.  Barbour succeeded in the mid 1990's with his award-winning documentary  'The Garrison Tapes!'.  John’s latest DVD The Last Word on the Assassination revisits the evidence presented in the Garrison Tapes along with a panel discussion of noted authors.

ABOUT The Last Word on The Assassination DVD by John Barbour...
Anyone who cares about what has happened to our country since the public execution of President John F. Kennedy, simply MUST make time to see 'The Last Word On The Assassination.'  This utterly stunning, unforgettable event features 'The Garrison Tapes'...the definitive documentary on the horror that changed America and the world...followed by a fascinating panel of the most knowledgeable, brilliant writers in the field: Jim Marrs,Joan Mellen and Dick Russell.  Along with Host and Garrison film executive producer, John Barbour, these searingly knowledgeable researchers present amazing and startling NEW material about the assassination which fills many crucial gaps in the story, shredding the vile, official coverup and leaving the viewer with the final answer to the question: Who killed John F. Kennedy?

This program is, truly, an essential, riveting piece of American history and presents a deluge of facts and revelations that have been withheld from the world since 1963.

About: JOHN BARBOUR THE LAST WORD ON THE GARRISON TAPES...
'New Orleans D.A. Jim Garrison, portrayed by Kevin Costner in 'JFK risked everything to tell his story bout his investigation into the murder of Pres. John F. Kennedy. The only person to whom he told the whole story of that investigation was John Barbour, Creator, Co-Producer and Co-Host of 'Real People.'  'The Last Word on the Garrison Tapes' is a must see for those who want to know the truth from a man who sacrificed everything for the truth he learned firsthand from Jim Garrison. 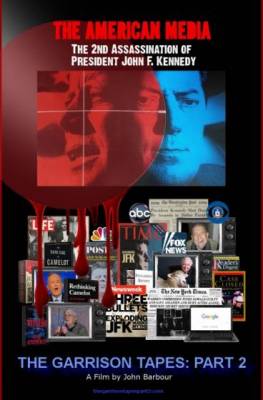