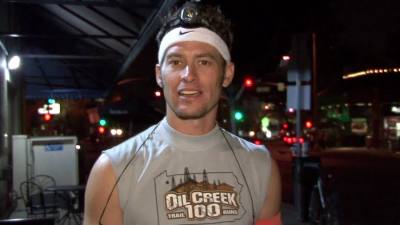 Jimmy is known for getting inside his athletes’ heads and his emphasis on training the mind like a muscle. Since 2002, he has coached more than a two-thousand adults (and young people) to run further and run more efficiently by creating an uplifting environment to propel people to break through self-imposed glass ceilings. Jimmy has been running competitively for 30 years (200+ races, including the Angeles Crest 100, the Western States 100 and Badwater 135) and has over 14 years of coaching experience tackling ultra endurance over the last decade. He has helped many runners & athletes to complete their first ultra races and 100 milers, and has personally completed 28+ races of 50 miles (or further) while failing to finish 5 races over that stretch. Personal bests include a 1:18 Half Marathon, 2:56 Marathon, 3:56 50k, 7:07 50 miler & 17:34 100 miler. Jimmy is also the father of two kids who can out-endurance him any day.

Half Marathons to Ultra Marathons

Coyote Running offers running coaching and training programs on both road and trail for every distance from the half marathon to ultras. Based in West Los Angeles, we aim to offer runners something a little more off the beaten path.  Often, quite literally. We specialize in training runners in a non-traditional format for marathons, 50ks, and 50 milers, but we’ll gladly help you prepare for a race of any distance, be it a shorter XTERRA trail race to a 100 miler (or worse).