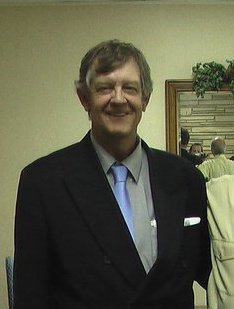 Taking a second chance at love, after thirty years, with my high school sweetheart knowing her breast cancer could return. Making the most of the time you have with a loved one and family.

Jeff spent twenty-five years in the wonderful world of road construction. Back surgery in 2010 put the skids on that career. His body couldn't handle the rigors of twelve to sixteen-hour days, six to seven days a week anymore. As he convalesced, licking his wounds, Jeff wondered what to do next. Not being out in the sun getting baked, or dodging traffic, was going to be a hard act to follow.

Seriously, what else did he know? An article in the Dallas Morning News caught his eye. It was about being a professional speaker. Hmm? That sounds interesting. Becoming mobile again, he took a seat in front of a blank monitor, pondering what to write.

"Let's start with something I know: my life." The first work is titled "God's Plan: A Glimpse Into One's Life." Jeff re-titled it six months later to "Why Did Everything Happen?" This is a look back at the last twenty-five years of his life and how the death of his partner, father, and true love affected his life. He was amazed at the revelations.

Since then, Jeff has moved on to write in several different genres. The current works range from the love story of his soul-mate: Debbie Beck-RIP 7-20-2009, Love’s True Second Chance, an alternate historical perspective of vampires versus the Third Reich, Occupation, and Sabotage a modern-day Sci-Fi time travel trilogy, Gateway:Pioche, Destination DC, Target Berlin a short horror story, two dating guides for Russian/Turkish brides, a book of humor, a work of poetry and two Baseball Coaching Manuals.

You can find all of Jeff Dawson's works on Amazon. 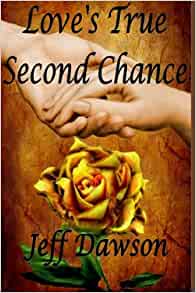