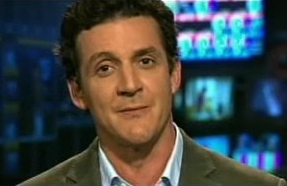 James C. Fox - Documentary investigator, discusses his investigations and findings in Florida and Louisiana during the BP oil spill.

James Fox was born in England and raised in America by his father, Charles Fox, who wrote for newspapers and magazines like Rolling Stone, Playboy, Harpers and the Catholic Digest. When James was three years old, his father was struck with Multiple Sclerosis. For many years, James assisted his father as he traveled to locations for news stories. They conducted interviews with people ranging from theoretical physicist Stephen Hawking for Esquire to racecar driver Dan Gurney for Car & Driver.

After completing two years of education in Paris at the Sorbonne, James moved to San Francisco. He attended San Francisco State University where he finished his degree in French.

James was very skeptical when a close friend first introduced him to the field of UFOs in 1993. However, when a reliable acquaintance corroborated the first story, James began to investigate.

In 1998, he completed and sold his first major documentary UFOs: 50 Years of Denial? to the Discovery Channel. It included such notables as Apollo 14 Astronaut Edgar Mitchell and Col. Philip J. Corso, who was in charge of the foreign technology desk at the Pentagon during the Eisenhower administration. The success of UFOs: 50 Years of Denial? has led James to travel around the world for years in pursuit of further evidence. For his film, Out of the Blue, James interviewed witnesses including President Gerald Ford, Mercury Astronaut Gordon Cooper, Cosmonaut Pavel Popovich in Star City, Russia, and five-star Admiral Lord Hill Norton in England. He has a new film coming out called "I Know What I Saw." His passions are photography, bicycling, motorcycles, traveling and seeking truth.