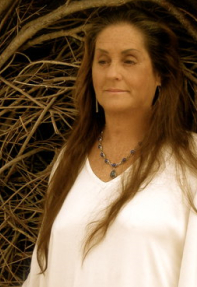 Charlene Peters left the D.C. social scene to become Isis Aquarian, a member of a California commune called the Source Family, where she became one of the 14 wives of a charismatic leader, Jim Baker (a.k.a. Father Yod and YaHoWha).

Isis Aquarian was probably the very first of the Source Family Members to actually find "Father" - as Jim Baker - while he  still owned the Old World Restaurant.  This was long before "The Source" days . . . or Father Yod.

Isis' name was Charlene Peters, and Jim was the husband of her friend, Dora.  He was a well-known man-about-town.  Charlene was born into an Air Force family in 1942, the eldest of 7 children.  She graduated from high school in Florida and moved  to Washington, DC, to work with Senator Gurney and then became a White house aid under President Johnson.   She moved to New York to work for Braniff Airlines and then on to LA - at the  height of the Hippie/Flower children movement - where she worked with, modeled for and later became engaged to Ron Raffaelli, a famous Rock Music photographer.

After Jim Baker had created the Source Restaurant - and begun to recognize himself as "Father" - she reconnected and just walked out of all that was her life and joined him and the nascent Source Communal Brotherhood on their Spiritual odyssey.  Isis, also affectionately known during Family days as "The Dragon Lady", was personally appointed by Father to be the Source Family’s archivist, historian and the “Keeper of the Temple”.  Besides being one of the leaders of the Family and a very active Member of the 13-woman Council (which Father appointed to handle Family business and issues), she was one of the most active photographers of Father and the Family and filmed, recorded audio (particularly each of Father’s morning “Classes”), maintained scrapbooks, helped take care of Family business and was one of Father’s 14 wives.

She has a daughter named Saturna, from the days of the Source Family, who is married, living in Hawaii and raising her first-born, Alana.

Isis has remained Father/YaHoWha's wife, became the Aquarian Nun and now The Aquarian Crone.  Cronehood is the last stage of the Goddess Trinity ~ the Elder.   Isis remembers having visions and psychic experience from childhood.  She lives in Hawaii and travels as events dictate.