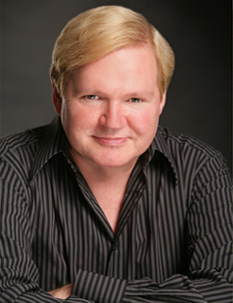 Gary R. Renard, the best-selling author of The Disappearance of the Universe and Your Immortal Reality, was born on the historic North Shore of Massachusetts. He became a successful professional guitar player, but during the harmonic convergence of 1987, he heard a Calling and began to take his life in a different direction. At the beginning of the 1990’s, he moved to Maine, where he underwent a powerful spiritual awakening. As instructed, he slowly and carefully wrote Disappearance over a period of nine years. In the fall of 2003, after much encouragement from other speakers and students, Gary began to present talks and workshops in public. His speaking career took off remarkably fast, and today he lectures internationally.

Combining a disarming sense of humor with radical, cutting-edge metaphysical information and experiential exercises, this acclaimed teacher of A Course in Miracles has been described as one of the most interesting and courageous spiritual speakers in the world. Over the past eight years, he has spoken in 43 states, 23 countries, and was the keynote speaker at several International A Course in Miracles Conferences. Gary is also a recipient of the Infinity Foundation Spirit Award. The award is given to a person who has made a meaningful contribution to personal and spiritual growth. Past recipients include Dan Millman, Ram Dass, Gary Zukav, James Redfield, Byron Katie, and Neale Donald Walsch.