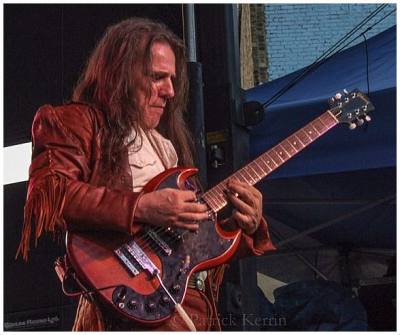 Frank Marino is an invigorating virtuoso and champion guitar slinger who is also considered to be among the greatest players of all-time. The Montreal native and his assiduous band Mahogany Rush were one of the elite monster rock acts throughout the 70s.
The band performed on several prestigious television music shows including Don Kirshner’s Rock Concert and Burt Sugarman’s The Midnight Special hosted by the notorious Wolfman Jack.  Mahogany Rush also played for more than 300,000 people at California Jam II in 1978. The televised concert featured Ted Nugent, Aerosmith, Santana, Dave Mason, Foreigner, Heart, Bob Welch (with Stevie Nicks and Mick Fleetwood), Frank Marino & Mahogany Rush and Rubicon.
Mahogany Rush was managed by Steve Leber and David Krebs, who also handled Aerosmith and Ted Nugent. Some of the bands most significant releases include, Maxoom, Child of the Novelty, Strange Universe, Mahogany Rush IV, World Anthem, Live, Tales of the Unexpected, What’s Next, From the Hip, Dragonfly (The best of Frank Marino & Mahogany Rush), Eye of the Storm, and Real Live! (double live album).

Frank’s latest release is an EPIC 6-hour live performance now available and presented in an elegant box set which includes both the Blu-Ray and DVD formats in each box. The DVD is entitled Frank Marino Live at the Agora Theatre available now on Blue-ray disc and DVD. Purchase now at  www.mahoganyrush.com

You will receive 4 region-free discs (1 BluRay-1080HD-Disc in its own separate case and a 3-DVD-480SD-set in its own separate case), a 180-page book that delivers an in-depth chronicle of his journey, from his early beginnings right up to this performance, as well as being filled with pictures that span Frank Marino’s career. The last 20 Chapters are written by Frank Marino in his own words and invite the reader to share intimate details about Frank’s experiences, the making of this project, his personal feelings and his outlook on his life and career. You will have a front-row-seat to witness the awe-inspiring man himself in the highest quality picture and sound as never seen before, while he delivers an incredible 58 tracks, many of which were rarely, if ever, played live. 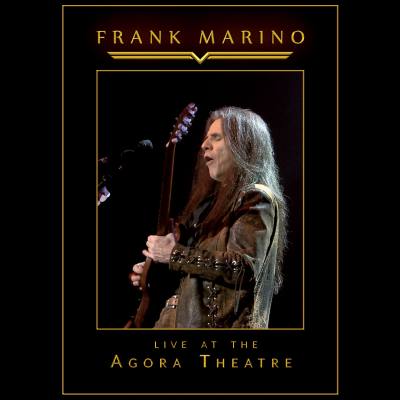