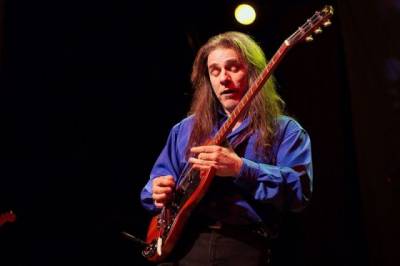 Frank Marino is an invigorating virtuoso and champion guitar slinger who is also considered to be among the greatest players of all-time. The Montreal native and his assiduous band Mahogany Rush were one of the elite monster rock acts throughout the 70s.

Mahogany Rush was managed by Steve Leber and David Krebs, who also handled Aerosmith and Ted Nugent. Some of the bands most significant releases include, Maxoom, Child of the Novelty, Strange Universe, Mahogany Rush IV, World Anthem, Live, Tales of the Unexpected, What’s Next, From the Hip, Dragonfly(The best of  Frank Marino & Mahogany Rush), Eye of the Storm, and Real Live!(double live album).

The Sicilian -Syrian Marino captured the essence of Jimi Hendrix early on in his career. Rock and roll urban legend suggests that when Marino was a teen he was visited by an apparition of Jimi Hendrix after a bad LSD trip, which led to the spirit of Hendrix entering Marino’s body and bestowing his ability to play the guitar. Marino renounces the fabrication and says Hendrix was still alive while he was in the hospital recuperating from the LSD trip. But he did learn to play the guitar while recovering.

Frank Marino was widely recognized throughout his career as a master for performing Hendrix cover tunes. Marino’s cover versions were impeccable and audiences globally would ultimately embrace them. His cover tunes were commercially successful (“Roadhouse Blues” The Doors, “All Along the Watchtower,” “Purple Haze” Jimi Hendrix) but Marino was never pleased about his original material receiving virtually no airplay on FM radio.

Marino retired from the music business but returned in 2001, largely galvanized by his fan base. Most recently Frank Marino has been suffering from adhesive capsulitis (frozen shoulder) and gradually recuperating. The condition usually resolves itself within one or two years but restricts mobility and can generate intense pain. Marino is receiving extensive physiotherapy. The condition began after Marino spent tedious immeasurable hours in his studio meticulously editing his forthcoming Live DVD. 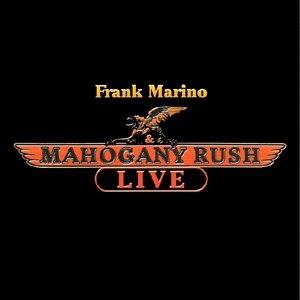