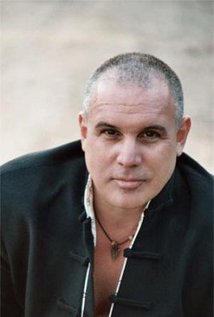 Ever wonder how feature films get developed and produced? Do you have a great idea for a film, or have you considered a career as a screenwriter, producer or director of films?

Franco Sama has an extensive history in public speaking, public relations and is a 17 year veteran of the film business with over 20 successful independent feature films financed, produced and distributed.

His shingle "Samaco Films" is currently funding and/or executive producing a slate of several independent feature films, including "Fine Young Gentlemen" which will be shot in Los Angeles. His two most recent films, "The Livingston Gardener" starring James Kyson who plays the beloved "Ando" in the NBC television hit series "HEROS" and "3 Days in Havana" starring Gil Bellows of Ally McBeal fame and co-star of The Shawshank Redemption, are both being released digitally via Amazon Prime, COX, Dish TV and Comcast through Samaco Films' distribution arm Synergetic Distribution.