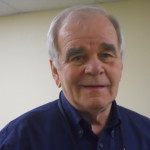 Edward Jones is what you might call an ordinary man although he insists he is not a man, as the word man is a label attached to the male of the species. He says, “If you declare yourself a man, then you’ll have more labels attached such as a real man or a  real good man or an upstanding man or a dozen other labels, and then you’re lost in the trap of labels, of words. All these labels colour your perception and you will end seeing not the real person but an image of your own thinking, and this is the illusion we live in.”

So, if you are to meet Edward and call him a man, the first thing he will tell you is that he is not a man. Edward is meticulous with the words he speaks because this is a world trapped in words, and the words we use create the manner in which we create our lives.

Edward experienced a life altering event at the age of 36 which he later came to call a transformation in which he says he died. Everything he had been–a son, a husband, a businessman–collapsed at his feet in complete failure. It was the death of everything he had been in his life. Unlike others who have had and speak of a transformation, Edward hand no idea of what happened to him during his four hour death experience. He’d had never delved into mysticism or any kind of Eastern thought, but what he experienced was exactly what millions have searched for millennia . Edward calls it ecstasy–living with a new consciousness, one void of violence, stress, fear, and worry, one that is free.

In facing all his failures without excuse or reason and with truth, he came upon the source of all things. Because he had no previous knowledge of what had happened to him, he realized that he was the source of what had become. “There is a new consciousness born on the planet and it is available to you now.” Edward relates this message in workshops, meetings, business, online forums and to all who come into contact with him. Edward carries this one message in his daily life: “There is no love on the planet, and that is good news because in realizing that, we can dispose of what we have been calling love, which is not love at all, and create the possibility of bringing forth Love, Truth, Intelligence and Creation to our war-laden manner of existing on this earth.”

Edward in his talks recorded in his books, tells the one thing he did that brought him face to face with himself and the events that lead up to his transformation. Transformation is a possibility for everyone living on this planet, and it can be brought about by what he says is a “method that is not a method,” for it is something we use in our everyday lives–our language. We are creating our lives with the words we speak.

Edward’s books are not exactly fodder for the lazy mind or one which is seeking success, money, stature, or security in this insane world. They are for the ones who care for a transformation of self, internal peace, and world peace for the planet.  They are “where the rubber hits the road.”

How My Death Revealed The Secret To Life, An Autobiography

On November 19, 1979, leaving a life of failures behind him, Edward Jones experienced a transformation which completely revolutionized the way he perceived reality. Edward’s former life of misery was now one of exquisite vibrancy. Pain lost its sting; fear no longer ruled his life. Every moment unfolded its potential as a wellspring of delight. He was permanently and irrevocably altered. The change was so complete, so profound, that afterward Edward could only say that he had died. Out of that death, a new consciousness was born. He sees and speaks of a world void of violence and suffering, and assists others in seeing the possibility of transformation within themselves and the world via online webinars, workshops, radio programs, Internet discussion rooms, videos, personal coaching as well as other books he has written. This book is his recounting of his personal journey to, and through, his self-transformation.

Create Creation – The Manner in Which Words Create our Lives

This book will present to you things you can do to catch yourself in the moment of truth as you are being it. It may be your anger, your fear, your manipulations, your sorrow, your worries or a dozen of feelings you bring forth every day. That is where your truth lies. It is hidden behind all of your feelings and attachments. This may not be an easy thing to do, unveiling the truth of yourself, as much of it is ugly, but it is the liberating feature that speaking the truth of self brings to you. Mark Twain declared, “If you tell the truth, you don’t have to remember anything.” Speaking the truth frees the mind to live in the moment because you’re not using all your energy to remember and live the lie. Truth is a living, vibrant thing. It lives and dies every second. Lies do not die until the truth of them is spoken.

Children are born pristine, and as they grow, they see us and what we do which conditions them the same as we were conditioned. If we loved our children, we would not prepare our children for the world. We would prepare the world for our children and ourselves. Within the pages of this book, you will discover the energy of linguistics when truth is spoken and that we are creating our lives from the words we speak. We have been creating a negative existence with the beliefs and lies we pass down to our children which have been passed down to us and to each generation for thousands of years. In discovering what you can do to raise a sane child, you will also discover what to do to raise the child in you. Our present behavior on this planet shows we are all acting as angry children having a temper tantrum. Within the relationship with ourselves and our children, we can transform the world into a safe and sane place to live.

Self Transformation – A New You

From his talks and workshops with others, Edward Jones speaks from the source of the new consciousness. He outlines the action needed to bring forth the first psychological evolution of the human mind. Our present consciousness is responsible for the destruction of our world. The ending of violence begins with a transformation of self, bringing forth a new you and a new world.

A New Consciousness Born – You are the Source

A hard-hitting, non-fiction book which addresses every aspect of our lives; it shows us the manner in which we are trapped in our thinking processes. The book is transcribed from live conversations with Phillip LeRoy and others. With this book’s formatting, you can be drawn into and become part of the conversation. The new consciousness that Edward speaks of is violence free, and he takes a step-by-step, simple approach that points to what we can do to bring forth peace into our lives and onto the planet.