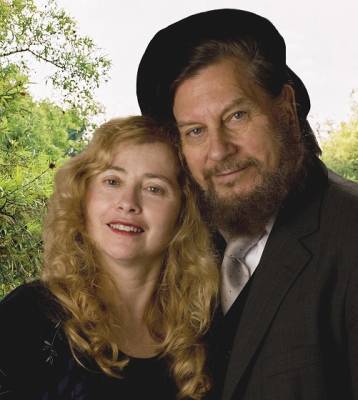 DR. J. J. HURTAK, Ph.D., Ph.D. and Dr. DESIREE HURTAK, Ph.D., MS. Sc. are founders of The Academy For Future Science, an international non-governmental organization that works to bring cooperation between science and consciousness.  Together, the Hurtaks have written several books including their latest book entitled, Overself Awakening and their most recent entitled co-authored with Dr. Ellizabeth Rauscher entitled Mind Dynamics. Dr. J.J. Hurtak is also the author of numerous books including, The Book of Knowledge: The Keys of Enoch® (https://keysofenoch.org/), translated into twenty languages and the End of Suffering that he co-authored with his colleague, physicist Russell Targ. He has a Ph.D. from the University of California and a second Ph.D., from the University of Minnesota. They are also well known for their inspirational music, their most recent CD being Sacred Name Sacred Codes with collaborative music by Steven Halpern, and their graphic films, such as Merkabah and The Light Body from which they have won over 15 national and international awards. Their latest graphical film is called Gates of Light.

Drs. Hurtaks together have traveled throughout the world to investigate ancient cultures and to work closely with indigenous people, including the Zulu Shaman Credo Mutwa, from which they recently produced an award winning documentary called Voice of Africa. They have also worked with the Xavante Indians (Brazil). They are respected archeologists having worked both in Mexico and Egypt and were part of the team that uncovered the infamous Tomb of Osiris on the Giza Plateau.