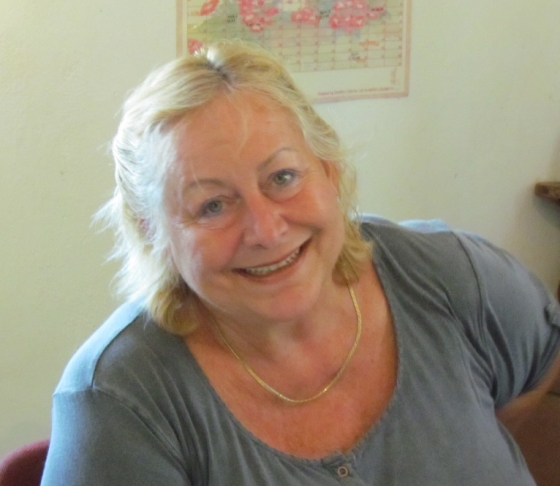 Helena Fitchat is originally from Prague in the Czech Republic, arriving in South Africa at age 17 with virtually the clothes on her back and little money to her name, as a political refugee.

You will not find anyone more knowledgeable than Helena who has spent over 30 years on and off in the wilderness. She is an expert tracker, has crossed the Kalahari Desert on her own and lived with the Bushmen for a year.  She is also a pilot, a biologist specialising in Animal Behaviour (for which she obtained her PhD), and she single-handedly navigated her way through the vast Okavango Delta in a leaking boat and survived!  For 10 years she was the Operations Director of The Centre for Rehabilitation Of Wildlife (CROW) in Durban, South Africa, during which time an estimated 40,000 animals were admitted.  With the question of what was the best way to assist wildlife churning in her mind constantly, Helena and her friend and colleague Judi Gounaris cashed in their pensions, bought some land in the Tuli Block in Botswana and started up their own private game reserve called Wild At Tuli.

Helena is a mine of information and will enthral you with her fascinating stories about life, adventure and the world of wildlife.