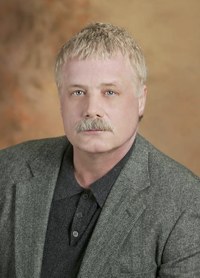 Allan L. Botkin earned his Doctor of Psychology (Psy.D.) degree from Baylor University in 1983 and then worked for the next 20 years at a Chicago area VA hospital specializing in the diagnosis and treatment of post-traumatic stress disorder (PTSD). He has treated combat veterans from WWII, the Korean War, the Vietnam War and Desert Storm. Dr. Botkin and his colleagues were among the first in the country to regularly use a new and very powerful psychological procedure called eye-movement desensitization and reprocessing (EMDR

In 1995 Dr. Botkin discovered (by accident) that a variation of EMDR reliably induced after-death communications (ADCs) in his patients. ADCs are experiences that nearly all people believe are authentic communications with deceased people. While Dr. Botkin has remained neutral with regard to the spiritual authenticity of his patients’ ADCs, he has maintained that the healing associated with these experiences goes well beyond what has even been considered possible in the fields of grief and trauma therapy. Dr. Botkin calls his new procedure induced after-death communication (IADC).

After leaving the VA in 2003 and founding The Center for Grief and Traumatic Loss, LLC in Libertyville, IL, Dr. Botkin and his IADC trained colleagues all over the world have induced many thousands of ADCs. His book is Induced After Death Communication: A Miraculous Therapy for Grief and Loss. Dr. Botkin has also published scientific papers on PTSD, EMDR, IADC and brain function.