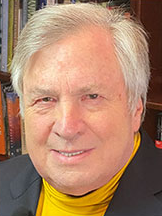 Dick Morris, a veteran political consultant who advised Bill Clinton for years, says he served as an unpaid, back-channel adviser to Trump in 2020. His father, Eugene Morris, was the longtime real estate lawyer for Trump’s dad, Fred, and then son Donald. So they have a longtime connection.