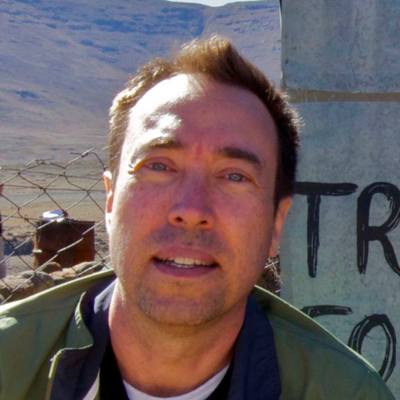 Devin Galaudet is the editor and publisher of the In the Know Traveler series of websites, which just celebrated 15 years. He also publishes several other travel-inspired websites including In the Know Bride, which chronicles his endeavor to marry his wife in 100 countries around the world. (They’ve married 20 times in 15 countries, so far). His wickedly funny memoir called: “10,000 Miles with My Dead Father's Ashes“ is part adventure and part tender reminiscence, makes readers laugh, cry, and yearn for their own Spanish adventure. Devin has written for the Huffington Post, The Good Men Project, The Citron Review, TravelAge West, and Turkish Airlines’ Sky Life Magazine. Devin holds an MFA in Creative Nonfiction from Antioch University at Los Angeles. A frequently sought-after guest expert on relationship and travel, Devin has appeared on FOX-TV, NBC-TV, Reinvention Radio, the Experts Insights Publishing awards gala, the California Writers Coalition, JohnnyJet.com, the Jewish Journal, and hundreds of podcasts. He lives in Los Angeles, California.