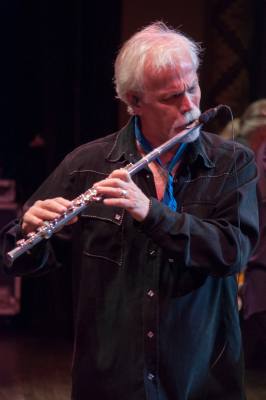 Very few legendary rock groups boasting a string of seminal 1970s hits contain three original members in their ranks more than four decades later. Even fewer have a brand-new album out that vividly captures the sound and power of their best-known classics. Firefall has both. That’s reason for serious celebration from their legion of loyal fans.

“Firefall hasn’t made a new record for a long, long time, since the ‘90s,” says Jock Bartley, the band’s founding lead guitarist and vocalist. “With three of us original guys in the band—myself, Mark Andes on bass, and David Muse on saxophone, flute, and keyboards—we’ve been touring, and it just felt to me as leader of the band, ‘It’s time. We need to start looking at material, writing material, to put a new album out.’”

Comet, out December 11 on Sunset Blvd. Records, is that long-awaited release. Their lineup completed by drummer Sandy Ficca and singer/guitarist Gary Jones, Firefall set out to make an album on the same lofty artistic par as their ‘70s classics for Atlantic Records, when they set the pop singles charts ablaze with “You Are The Woman,” “Just Remember I Love You,” and “Strange Way.” They succeeded magnificently.

The band had to overcome a few obstacles along the way. “The problem was that the five members of the band live in five different states,” says Jock, who produced the disc along with the band and a handful of collaborators. “When we’d fly somewhere to a gig, at soundcheck or something, we might look at a new song or talk about recording or whatever. But to get all of us in the same town at the same time to record was really a challenge for me. We’d have a gig in Colorado, and everybody would come out and we’d stay out for a couple of days and record a couple of songs. Same thing when we’d go into Nashville—we’d go stay at Gary’s house and go in the studio and record a song or two.”

Conquering those logistical roadblocks was worth all the effort. The rocking opener “Way Back When,” one of four tracks on the set that Bartley wrote or co-wrote, pays tribute to the classic musical era that inspired Firefall. “The first verse and first chorus is set in 1965. The second verse and chorus is ‘67, and the third verse and chorus is 1969,” says Bartley. “The first verse is kind of the Beatles and the Stones sand the Byrds. The second verse is Aretha Franklin and the Young Rascals and the groups that had music out then. I sing the song, but the person singing the lyrics is looking back and remembering how the ‘60s were so vibrant and had such great music. We thought it would never end.”

Firefall cut its 1976 Atlantic debut album at Criteria Studios in Miami. It included “You Are The Woman.” “Rick was thinking in his head, ‘I need to write a really happy, positive pop song that’ll be in the Top Ten!’ And he wrote ‘You Are The Woman,’” says Jock. “Some of us in the band didn’t really like it, because it was really different. It wasn’t like ‘Mexico’ or ‘Livin’ Ain’t Livin’’ or ‘Cinderella’ or any of that strummy, fast, ballsy stuff that Firefall was becoming. But boy, most everybody, including the producer and then Atlantic Records, they heard that song, and they went, ‘That’s what we want!’” “You Are The Woman” crashed the Top Ten. 1977’s “Just Remember I Love You” and “Strange Way” the next year cemented their stardom.

“Boulder, Colorado became this hotbed for music, and Firefall was kind of the shining light out of that,” says Jock. “A lot of people have called Firefall ‘the Colorado Sound.’” Now Comet is poised to rocket into the cosmos, the latest chapter in Firefall’s amazing saga.

Firefall's first album of new music in 25 years. Formed by the former members of the Byrds, Flying Burrito Brothers, Spirit and Zephyr, Firefall's commercial success includes three Gold albums, two Platinum albums and eleven chart-topping singles. The band's biggest hit, 'You Are the Woman' has been played on commercial radio more than 8,000,000 times and has also appeared in over 75 films and television shows. Over the past four decades, Firefall has toured the world and shared stages with other iconic bands such as Fleetwood Mac, The Band, The Beach Boys, Kenny Loggins, Journey, Heart, ELO and Marshall Tucker Band. Currently touring with three original members (Jock Bartley, David Muse, Mark Andes), longtime drummer Sandy Ficca and talented newcomer Gary Jones. 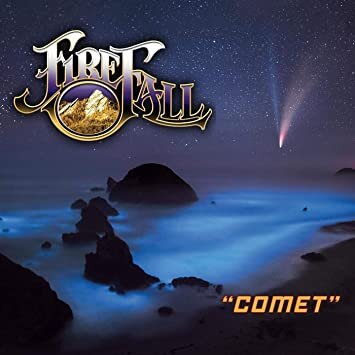