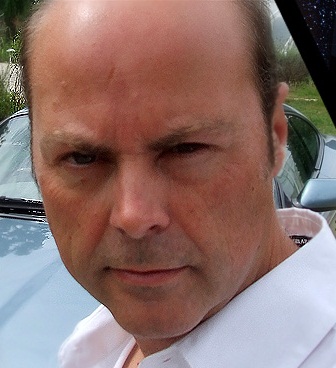 Chris Everard is an award winning British Film Director Who Also Writes Books About the Secret Space Programme, The Global Network of Secret Societies known as “The ILLUMINATI” and appears as a guest on radio and TV shows worldwide.
Chris Everard’s made-for-cinema feature length documentaries about the global network of secret societies (referred to as “The Illuminati”) are the first documentary films to go into FOUR volumes. The third volume of THE ILLUMINATI series exposes the British Royal Family’s ties to the Occult and reveals the true identity of JACK THE RIPPER.

Chris Everard ‘s films are historical documentaries, with all the information backed up by Photographs, documents, film and video footage. Chris Everard is NOT a conspiracy theorist, and challenges anyone who describes him so. Chris Everard has made 8 films - most of which have won awards - and has a global audience who visit cinemas to see his films at late shows in Washington, Las Vegas, Paris & London. Chris Everard’s films about the Antichrist, the Assassination of Princess Diana, and how Television & Radio technology was invented by scientists who were all involved with spiritualism and ceremonial magic are the only films worldwide to explore these topics.

Four times a year, Chris Everard hosts a Documentary Film Makers’ Bootcamp, hosting intensive week-long seminars teaching people how to make made-for-cinema documentaries. It is the only film course of it’s kind in the world.