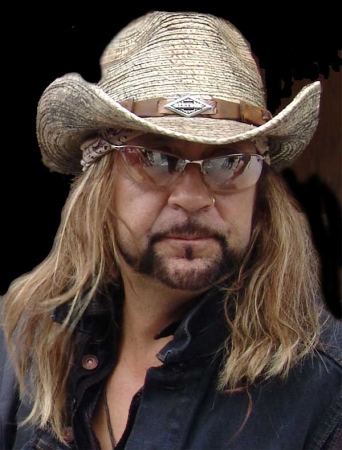 Christopher Saint Booth born in Yorkshire, England started his career at an early age. Influenced by The Beatles, singing and strumming at the age of four. Atlantic crossing brought him to Canada where at the age of thirteen he was writing and performing at the local establishments. In 1978 he he was invited to combine forces with, Juno award winner, Sweeney Todd. (London Records) Worldwide touring commenced immediately as their new gold album paved his way to sunny California. Upon arriving in Los Angeles, greeted with a publishing deal (RCA Music) he began writing vocalizations and musical scores for film, cable and television.

Internationally renown for his provocative style, Independent films soon broadened the horizon. Financing a million-dollar HD digital domain in Los Angeles California, this is where they would design and build their ultimate dreams. As well as endorsed by an array of electronic arts manufacturers, no boundaries would be left untouched. For every new technical toy that the eyes and ears could ever dream of soon became vivid. As an Apple licensed developer and 3rd party designer for SoftImage, AMP, APDA and Microsoft, Booth continue to design the future of entertainment and media for all platforms. New concepts with slick designs go hand in hand with the latest web technology.

With over 50 HD features behind him built all from scratch with the insight of what’s happening tomorrow for the people today. A panoramic view of freedom with the fresh scent of change inspires this Saint to create a brave new world for your eyes and ears.