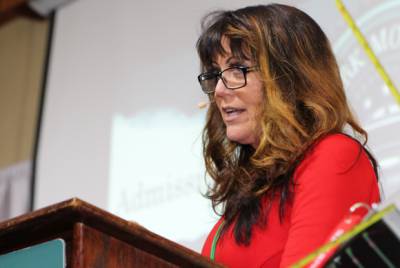 Chase earned her Master Trainer, Master Instructor title while employed with the Department of Defense. Armed with a Bio-mechanical Engineer accreditation, she was responsible for designing specialized programs and the supervision of complete success regarding Force Readiness, unique mission responsibilities and Elite Force Protection. This was achieved by understanding the goals and requirements placed on physical and mental strength assignments that are demanded and expected for today’s Active Duty members and civilian anti-terrorist units. This includes assignments with Homeland Security and Private Sector Security Forces.

Schooled and certified as a Private Investigator, Chase consistently demonstrates the knowledge, technical requirements, legal parameters and the commitment to evidence based investigations using the latest technologies and methodologies deployed by professional Law Enforcement Officials in a modern and forward moving scientific environment.

​She joined the Mutual UFO Network in 1996 and was selected as The Star Team Manager and Deputy Director of Investigations through 2011. She was responsible for the program design, protocols and investigation procedures for a national rapid response unit. This position included supervision of the most experienced investigators and access to the most sensitive and complex cases reported to MUFON. As of today, Chase leads the “Special Assignment Team” of experienced and specialized investigators in MUFON, responding to the reports that need specific and thorough attention. As an International CAG investigator, Chase focuses her attention on National UFO cases reported in Mexico, Cuba, Puerto Rico and Central America.

In November of 2016, Chase became a registered and official LOBBYIST for the UFO Field. This goal was realized through a progressive understanding that to truly influence change and offer a knowledgeable commentary on the realities of the UFO phenomenon, we must include our Nation’s elected and the very people that are trusted as our Lawmakers. Her efforts will focus on document declassification and an Ombudsman role for witnesses and those most effected by unknown technologies. This is done through “THE FIELD REPORTS: A Science and Technology Investigation Group.

Chase continues to be an active investigator, responding to reports and international cases. She has an extensive history in the field of Ufology and a diverse investigation background that includes MUFON Field reports to Ancient artifacts as demonstrated by her study and “hands on” forensic contributions to the Elongated Skulls and The Star Child Skull, in which she maintains the Lead investigator. The “evidence” available in UFO events remains the focus as she keeps the standards high and the ethical aptitude in all she does. There is NO compromise when the truth is at stake.

Chase is an Author of two popular books; “Admissible” The Field Investigators Manual with Richard Dolan & the first of its kind Children’s book, “Are Aliens Really Real?”. Both can be found on Amazon.com.

In her most recent TV appearance with Rob Lowe, Chase lends her expertise to the investigation of the Alleged Malibu Underwater Alien Base. The episode can be found at A&E On Demand.

Chase has been featured with Josh Gates on Expedition Unknown on the Travel Channel.

She and Josh investigate a breaking case for MUFON at the Board Camp Crystal Mine in Mena, Arkansas.  The video evidence that was captured has made headlines!

Did anyone else pick up on the strange interference at 40:37? I thought my phone cut out and my Netflix started playing but when I checked it was this episode. Julia any thoughts on what that was? I think they are confirming that Chase isn’t from this planet. I hope she read the three waves, I would love to hear her thoughts about it!!