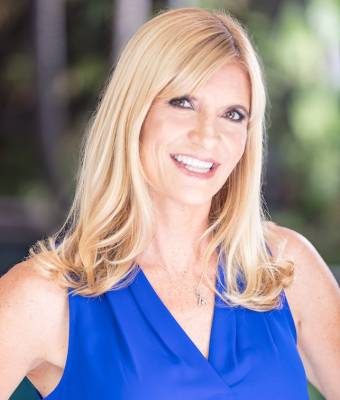 Cathy Byrd is the author of the book The Boy Who Knew Too Much, which was released by Hay House on March 21, 2017. The movie rights for this remarkable story have recently been purchased by 20th Century Fox and producer DeVon Franklin who created the movies Heaven is for Real and Miracles from Heaven. Cathy is a residential real estate broker and mother of two young children who never had aspirations of becoming a writer until her two-year-old son began sharing memories of being a baseball player in the 1920s and ‘30s. What makes this story even more fascinating is that Byrd’s son Christian Haupt has been touted by the international media as being a baseball prodigy since the age of two when he was discovered on YouTube by Adam Sandler for a baseball-playing cameo role in the movie That’s My Boy.

Shortly after his fourth birthday, Christian became the youngest person to ever throw a ceremonial first pitch at a Major League baseball game and his YouTube baseball videos have now been viewed by more than 17 million people. Christian’s case was studied by Dr. Jim Tucker from the University of Virginia Medical School department of Psychiatry and Neurobehavioral Sciences. Dr. Tucker has continued the research on children’s past-life memories that was originally started by Dr. Ian Stevenson in 1967. The University of Virginia now has over 2,500 cases of children who remember past lives on file.

A Southern California native, Cathy received her B.A. from UCLA and her M.B.A. from Pepperdine University. The most likely place to find Cathy in her free time is at a youth baseball field.