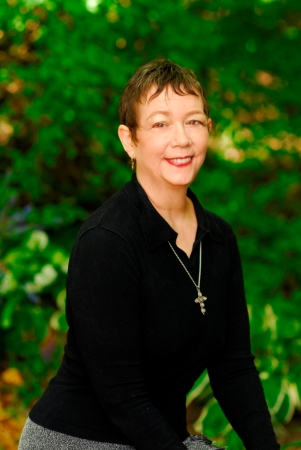 Carla L. Rueckert (McCarty) was born in 1943 in Lake Forest, Illinois. She completed undergraduate studies in English Literature at the University of Louisville in 1966 and master’s degree studies in Library Service in 1971. She served as librarian and bibliographer to college and school libraries for six years. She was a meditator with the group Don started in early 1962, and became partners with Don in L/L Research in 1968. In 1970, she turned full-time to assisting Don with his research. She read and abstracted books and periodicals, and did correspondence and writing for Don. In 1974, she began channeling. She continues these activities. In 1987, she married Jim McCarty. She enjoys corresponding with a wide variety of wanderers, readers and spiritual seekers of all kinds, as well as reading romances, fantasy, sci-fi and mysteries, gardening, cooking and writing. She continues her channeling efforts with non-trance Saturday meditation meetings. On behalf of L/L Research’s Metaphysical Library, she has been collecting books, tapes and other material in the areas of metaphysical and UFO research since 1970, and invites those who are disposing of metaphysically oriented materials to remember that L/L Research is glad to receive such donations. She lives with three cats, Jim, and GLB in Louisville, Kentucky.

Carla has garnered the reputation as one of the most accurate and high integrity channelers on the planet. Her 5 books of the Ra channelings have touched readers around the globe. Her work is not ordinary New Age love and light. Her Source describes itself as a group soul by the name of Ra (and Q'uo), composed of millions of individual souls who have graduated from this realm (gotten off the wheel of reincarnation) and serve as a helper and guide for planetary populations who are still experiencing 3D evolutionary patterns, helping them (those who ask) in their own "graduation" process.