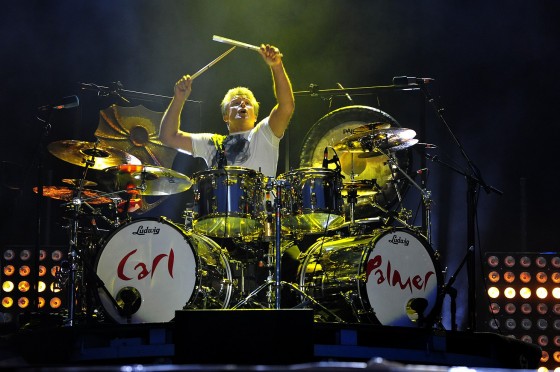 Carl Palmer is a drummer’s drummer. A consummate professional, a brilliant

technician and a dynamic showman, he has thrilled listeners and audiences alike

Palmer. Along the way his dexterity, speed and mastery of the drums, combined

with his infectious stage personality, have secured for him a respected place in

history as one of Rock and Roll’s greatest drummers.

At the age of 18, Carl joined up with The Crazy World of Arthur Brown at the

Hellfire…”). In 1969, Carl returned to the UK to form Atomic Rooster. It was with

But it would be in the spring of 1970, Carl received a phone call that changed his

life forever. Keyboard virtuoso Keith Emerson from The Nice, was forming a new

by the media, Emerson, Lake and Palmer (ELP) entered the musical arena with

The classic single "Lucky Man" became a hit, and their stage show quickly

became the stuff of legend. They recorded and released five albums in four years,

all of which reached platinum status. Among them: Tarkus, Trilogy, and Brain

An insane touring schedule followed and the legendary scale and musicianship

of ELP’s live show continued to grow. Tired from a grueling four year run which

had seen the release of 5 albums as well as untold hundreds of tour dates, the

band decided to take a hiatus. The material created during this period was the

released back to back in 1977. The band continued to tour and record for two

more years, before disbanding in 1979.

concept for Geffen Records. Eventually, along with King Crimson

The band’s self-titled debut album Asia was released in 1982 and a tour began.

worldwide. Along the way singles such as “Heat Of The Moment”, “Only Time

Will Tell”, “Wildest Dreams” and “Sole Survivor” dominated the charts for months.

In 1985, Asia went their separate ways. Carl would spend the next seven years

ASIA members. Finally, in 1992, ELP returned with Black Moon. They would

remain together until 1998, and reform for one final appearance in London at the

Carl set out on a schedule that included drum clinics, master classes and

teaching children with special needs. In 2012, he became a Fellow at Solent

In 2001, Carl once again set out to create his own new band with two

Together, they have toured the world as the progressive trio “Carl Palmer’s ELP

Legacy”. The thought of Carl Palmer assembling a progressive trio might seem

like he was relying on formula, especially since the band’s material consisted

mainly of ELP classics, but this was indeed a new direction. Purely guitars-driven,

this band put a new face on the ELP classics, performing them with musical

complexity and a raw energy not heard, since the earliest days of ELP.

In 2006, Carl also regrouped for the long awaited reunion of the original ASIA,

In 2012, Carl was approached by the innovative art company, Scene 4, to do a

series of art images based on his rhythmic and musical ideas. The images are a

Carl is an avid collector of contemporary art and antiques from all over the world.

projects with Scene 4. To date, he has released two collections: Twist Of The

Wrist and The Rhythm of Light.

Carl Palmer, is returning to the United States for the second leg of the enormously

successful 2016 REMEMBERING KEITH AND THE MUSIC OF EMERSON LAKE &

PALMER TOUR. Originally designed to be a celebration of Palmer’s 50th year in

music, the focus and name of the tour was changed in light of the tragic death of

and drum enthusiasts can expect an evening of compelling percussive skills, from

the man who brought the drum set to the forefront of rock n roll music. 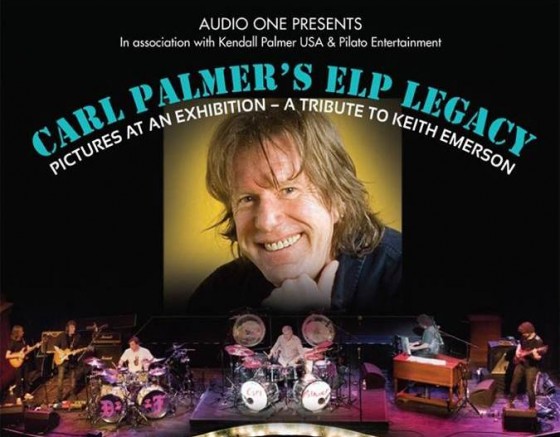