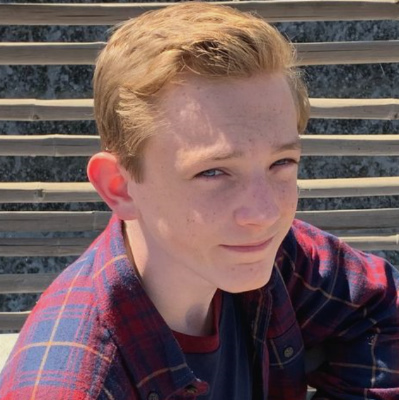 Caden Banker Morgan is a 14-year-old inspirational singer, songwriter, and actor.  Caden started singing at age 3 with the release of a Christmas CD “Caden Comes to Town.”  Caden couldn’t read yet so he had to memorize all the words to the songs!

Caden’s first original music video “Healing Helps (anti-bullying pop anthem)” filmed with a cast of 30 classmates and friends was released in Feb 2019 and has eclipsed 56,000 views on YouTube.

For the Thanksgiving holiday this year Caden released his first Christian song — the Classic hymn “Did You Think to Pray?” Which has over 25,000 views on YouTube.

Caden enjoys live singing performances having sung the National Anthem in front of 19,000 at the L. A. Clippers game, as well at his high high school promotion in front of 5,000 people.

Caden was in the Musical “Oliver” and sang “Stand By Me” at the S.A.C.K. “Kindness” Conference in front of 4,000 kids and adults in two separate performances.

This holiday season Caden performed as part of a Christian ministry in front of 160 inmates at the Norco Men’s Correctional Facility.  He sang two solos and got a standing ovation from the inmates.  It was the first time a minor was allowed into the prison for any type of performance.

On January 1st 2020 Caden is releasing a fun pop song with a creative music video “Dancing On the Clouds.”