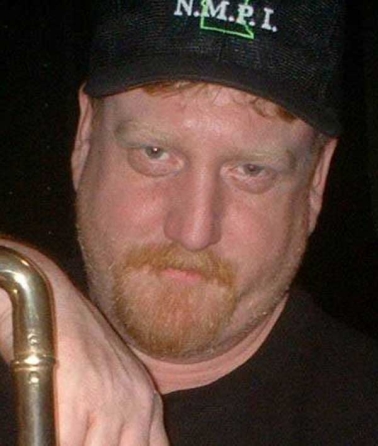 As a well acknowledged paranormal investigator for many years. Brian Leffler began is his journey as a skeptic. Then he moves into a real haunted house. He can personally tell you of the many paranormal experiences that eventually cracked the hardened shell that is hard-nosed skepticism. He began to study the paranormal he had and how it lead him into becoming a paranormal investigator he is today. He is also a member of the Northern Minnesota Paranormal Investigators.

Leffler is also a respected an author, being published on the Internet, in Fate Magazine and his own vest selling book called "Ghosts: Minnesota's Other Natural Resource." published by Schiffer Books 2007. His book is one of the best reads I have had in a long time. The book is actual case-files of the Northern Minnesota Paranormal Investigations. That Leffler actually participated in the investigation of the phenomenon. His direct style actually makes you want to get out the EMF meter and start hunting right away.

Real firsthand encounters of paranormal experiences are related straight from Minnesota's most haunted places. • Visit the actively haunted Lakeview Cemetery where the Potter's Field for Shaw Hospital was born. • Interact with a ghostly potato garden spirit who resides at Moon Lake. It makes rounds through the house that sits on its grave. • Eavesdrop on a paranormal investigation at Union Depot, where a bodiless apparition moves between train cars. • At the haunted Grand Marais home, singing star Barry Cowsill roams with other ghostly souls. Gather tips from a first-rate investigative team, the Northern Minnesota Paranormal Investigators, who will take you through some of the best ghostly hangouts in the country. Minnesota's ghosts will haunt you. Leffler approaches the paranormal activities he encounters with a direct and unique approach.

As a Radio Talk Show host his voice and personality comes across as someone that loves to conduct interviews. Brian is also a public speaker and is a member of the Robbie Thomas Team and he hopes that you will be watching for the Robbie Thomas Tour to come to your location so that he will have a chance to meet his listeners. What he is most proud of are the advances that he has contributed to in the field of paranormal research such as finding proof that not all orbs are dirt but in fact, a small percentage of them are actually spirit related!