In 1969 Billy Cobham co-founded the fusion group Dreams, which also featured Randy Brecker, Michael Brecker, John Abercrombie, Don Grolnick, Barry Rodgers, and Will Lee. The following year he was invited to join Miles Davis's group and contributed to four pivotal recordings by the trumpeter, including Bitches Brew (where he collaborated with guitarist John McLaughlin) and Tribute to Jack Johnson.

Mahavishnu Orchestra was formed by McLaughlin in 1971 with Cobham, Jan Hammer, Jerry Goodman, and Rick Laird. They released three acclaimed albums (beginning with Inner Mounting Flame) before the band was dissolved and Cobham chose to launch his solo career with Spectrum, one of the definitive albums of the jazz-rock era.

During the 1970s and '80s, he recorded steadily as a leader for Atlantic, CBS, Elektra, and GRP, collaborating with artists ranging from George Duke, John Scofield, and Tony Williams to Jack Bruce and the Grateful Dead, both on stage and in the studio.

Cobham was engaged by UNICEF in 1992 to work with autistic outpatients and street children in Santos (near São Paulo), Brazil, in a musical project of several years' duration. "The street children fell into my realm of operations almost by chance, as it was not part of my original mandate," he says. "But due to the unavoidable specter and shadow cast by so many little personalities with big hearts and so much time to ponder life without parental direction, it was inevitable that I would find myself working with them-some of the brightest minds harboring raw talent that I have ever witnessed to date. The shame of it all was that many would never have the opportunity to use their gift."

In '93 Cobham performed, recorded, and produced at the WOMAD Festival (World of Music, Arts and Dance) with Peter Gabriel, Nigeria's Okuta Percussion, and Farafina from Burkina Faso. (His association with WOMAD continues to this day: over the last several years he's conducted sessions in performance techniques at the University of Bath Spa in England, and he is now an Official Patron of WOMAD in Bath.)

His current collaboration with the Cuban group Asere has been ongoing since their first performance together at the WOMAD Festival in Reading in 2002. A new CD, De Cuba y de Panamá, is due for summer 2008 release, and a DVD, A Latin Soul, directed by John Hollis, is already out. That package contains live concert footage, two documentaries, and a bonus CD with live and studio tracks. Cobham and Asere will be touring the U.K. this fall.

In 2011 Cobham began teaching drums online at The Jazz and Fusion Drum School.

In 2013, Cobham celebrated the 40th anniversary of the release of Spectrum CD by touring in USA, Canada and Europe with the Spectrum 40 Band. Also that year, Purple Pyramid Records released the Billy Cobham Compass Point two-CD set, recorded live at Compass Point hotel in the Bahamas in 1997, which was never released before.

Early 2014 marked the release of the much-anticipated "Tales from the Skeleton Coast", which is the third installment of the four recordings produced as a commemoration and celebration of Cobham's mother and father, both of whom were musicians.
In the summer of 2014, Cobham released a live CD recording from the celebrated Spectrum 40 tours, which dazzled audiences around the world in commemoration of the 40th anniversary of Spectrum CD, the defining album of the jazz-fusion genre. (Spectrum 40 LIVE)

Drumming legend and jazz fusion pioneer Billy Cobham will bring his highly acclaimed Art of the Rhythm Section Retreat back to the Mesa Arts Center for its second year, offering an immersive educational program for drummers, bassists, guitarists and keyboard players. Geared for advanced students to music educators and working professionals alike, the intensive curriculum is designed to give experienced musicians a range of opportunities to delve into the finer points of working as a cohesive unit in the rhythm section from Billy Cobham, along with Dean Brown (guitar), Ric Fierabracci (bass), Gerry Etkins (keyboards), and global drumming ambassador Dom Famularo.

In the words of program founder Billy Cobham, “The unique format of the program allows participants to explore and expand their artistry, develop and refine their band and focus on the all-important elements of teamwork and collaboration, so that all types of instrumentalists can benefit and learn from the perspective of each one of our coaches.”

Through a variety of learning experiences, including interactive lectures, discussions, demonstrations, playing exercises, and nightly jam sessions, participants will discover how to …

Stay in sync with yourself so that you can control what you play through your instrument while receiving information from your colleagues in the Rhythm Section.

Keenly listen in performance, interpret what is offered by your fellow players and offer effective musical ideas in return.

Control tempo and provide a sense of security in performance.

Remain in control of syncopated musical ideas within the performance.

The Retreat will also offer a musician enrichment program, “Social Media on Steroids conducted by marketing expert Dan Shinder, to help musicians better leverage social media in promoting their music and their brands.

The Billy Cobham Art of the Rhythm Section Retreat culminates with a special Saturday night performance with Billy and the Spectrum 40 Band at the Mesa Arts Center on Saturday, July 22, 2017 in the Piper Theatre at 7:30 pm  (1 E Main St, Mesa, AZ 85201 near Phoenix, Arizona)

Enrollment for the program is now open, with spaces limited for each of the four Instrument categories of drums, guitar, bass and keyboards. 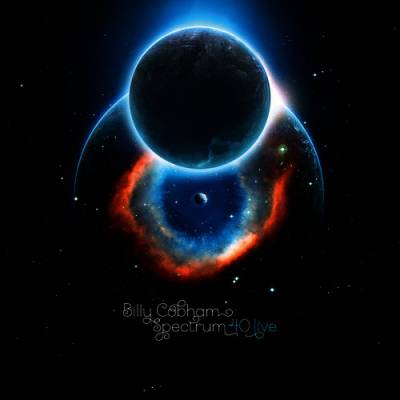