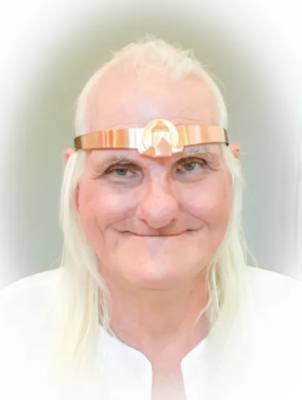 Billie Faye Woodard Story | Zorra of Hollow Earth.
Col. Billie Faye Woodard (ret.) and his twin sister, Zuria, were born in the Inner Earth, and brought to the outer Earth on September 18, 1951. They were both born with exceptional abilities, including the ability to speak an ancient Lemurian language. Both Billie and his sister were born with both male and female organs, and were hermaphrodites, but over the years Billie has become more masculine and today he has become very strong and speaks with a masculine voice.

His exceptional abilities and intelligence led him to a rapid rise in the military, and during the late 1960s, he rose to the rank of Colonel, and became the base commander of Area 51. During his time there, he took a shuttle craft from the base to visit his parents in the Inner Earth. He is in touch with his parents now and visits the Inner Earth frequently.

In these interviews, I talk with Billie Faye and his father Zorra from the Hollow Earth, who speaks through Billie. Zorra gives important messages to humanity from the Inner Earth and the beautiful bright future for all of us!

My father, Zorra, is a Hollow Earth scientist who has made 150,000 trips around the sun. My sister and myself are originally from the Hollow Earth. Our true parents and family live in Hollow Earth. When our adopted father took us in his adopted children we spoke a language unknown to any surface culture.

One of the remarkable thing that makes Billie different from us here on the surface is that unlike us he does not have a blood type.  His blood is different.  It seems the composition of his blood is more advanced in the sense that any virus and or bacteria that was tested in the laboratory of the US Military could not infect his blood.  Instead the virus and the bacteria died for some unknown reason when mixed with own his blood on a petri dish; and this was observed by doctors with their own microscope.  Billie also does not have any fingerprints.  All of his fingers does not have any skin threads that we associate as "human fingerprints".   And the other thing, Billie has two  hearts operating simultaneously.

Zorra appeared and helped his child remember the past and get him back in line to what his original mission for coming to the surface.  Zorra used his own aeroship to come to the surface but for us we call it UFO.

At the age of 12, while walking through a field of corn with another friend I had a paranormal experience. I was taken into a UFO vehicle and transported into the Inner Earth. Here, I lived for 6 months among the Hollow Earth residents.

You may imagine the wonder of my parents especially of my Father who was in the Military Service, at that time when I disappeared, then to mysteriously return in 6 months. It was due to this experience that I believe my Father made certain that I was engaged under his wing at the Pentagon and later directed to serve at Area 51.

I am not the biological offspring of my father, but an adopted child as was my sister. My sister and I were separated when she was put in the hands of the "secret government" for observation. They were trying to find the source of her paranormal abilities.  When she became aware of their plans to take her life to perform a research autopsy, she sent a telepathic call to Hollow Earth and on her next "airing" on the surface, was swift;ly picked up by one of the aero ships.  I was able to combat their negativity with my mind, which is stronger, and survived their attacks.

My father, Zorra, is a Hollow Earth scientist who has made 150,000 trips around the sun. My sister and myself are originally from the Hollow Earth. Our true parents and family live in Hollow Earth. When our adoption father took us in as adopted children we spoke a language unknown to any surface culture.

I have an unknown blood type. I have never had a disease of any kind. My blood has been medically examined and destroys all viral infection when combined with other blood samples in a lab setting.