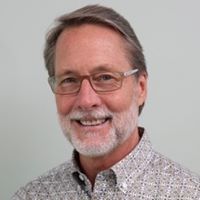 Bill Simpson is a consummate professional, as an author, speaker, podcaster, and pastor/teacher. He's been a missionary in West Africa and a pastor to two congregations. These experiences, coupled with his seminary training and years in the marketplace, have led to his discovery of know the amazing promise Jesus made to us - “That if we remain in him, and his words remain in us, we can ask for whatever we want and we'll receive it!”.

Author of How to Ask God - for What He Wants to Give You, and What Men Crave - Spoiler: It's Not Money, Sex, or Power.

As an ardent follower of Jesus since 1982, I have experienced the wonderful truth of praying the way Jesus taught us to pray, especially in asking for his Kingdom to come. Thinking about God throughout the day by frequently launching "flare prayers" and "text praying" have taught me how to have a truly personal relationship with the Creator and Sustainer of the universe. As I have grown older, I have come to realize life is about understanding how desperately dependent on God we are.

Author of four books, one in the language of Wolof in Senegal, West Africa, and three in English. The English titles are: How to Ask God - for What He Wants to Give You,  Take 10 to Menó - 10 Minute Readings thru Colossians, and What Men Crave - Spoiler: It's Not Money, Sex, or Power. All books are available on Amazon, Leadership Books, and all other online book distributors.

Bill and his wife, Tammy, both grew up in Fuquay-Varina, NC. They were married shortly after Bill graduated from NC State's College of Engineering in 1981. A few months after their marriage, Bill became a follower of Jesus. After 9 years of success in business, the Simpsons realized the Lord was leading them in an entirely new direction. They sold their home and company in order for Bill to attend seminary at Columbia International University in Columbia, SC in preparation for overseas ministry. After graduation, they served as church planters in Senegal, West Africa where Bill soon became the Field Director. They served with the mission agency, SIM, for six years in Senegal. Bill’s first book was an explanation of practical theology written in Wolof, the primary language of Senegal.

When the Simpsons returned to the US in 1997, Bill was privileged to pastor their home church in High Point, NC, Community Bible Church. He served there for almost 10 years and then returned to the marketplace as a leadership consultant. Over the next 5 years, he held positions in energy efficiency and conservation with two Fortune 100 companies. Bill and Tammy were led back to the pastorate in March of 2012, as he became the Lead Pastor of Manchester Creek Community Church in Rock Hill, SC. Bill and Tammy resigned from pastoring to move to Wilmington, NC where he now writes and podcasts full-time. 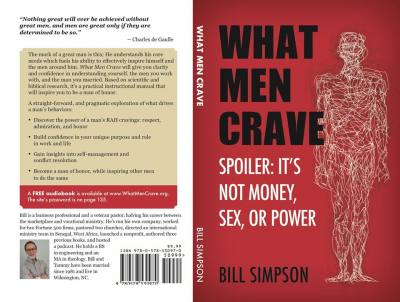