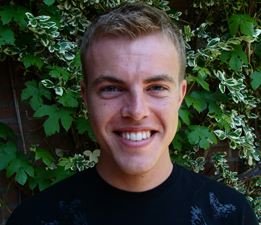 Bentinho Massaro is a different kind of being. You could say he is Extra-Ordinary—having integrated the "extra”—or non-physical—levels of his being into his human experience. He calls this True Simultaneity, and he claims we can all learn to expand and live in this way.

Since his first profound enlightenment experience at age 14, Bentinho has been riding the waves of an intensely awakened life. He started teaching at age 18 and today, at 28, he is an internationally recognized spiritual teacher and empowerment speaker who holds frequent retreats in major US and European cities.

On a personal level, he embodies the fully passionate lifestyle that he teaches—including “free-solo” rock-climbing (no ropes) and free-diving to depths over 30 meters on a single breath. Currently he is exploring new roles as entrepreneur, CEO, inventor, and investor, adding to previous skills as Reiki master, yogi, and telekinetic. He also occasionally enjoys a fine whiskey with a Cuban cigar!

Even as a child, growing up in Holland, he had a sense of the unlimited possibilities within human consciousness. As a teenager, frustrated with the “unconscious” behavior of society, he made a commitment to search for the “ultimate answer” and to discover the actual workings of life that would liberate humanity from conflict and suffering.

He began a relentless quest, exploring all kinds of teachers, philosophies, and methods, including studies in India. He stayed with each practice only long enough to digest what was useful to his goal. Eventually exhausted, he realized that all the spiritual “authorities” were no more enlightened than himself, and he made a radical decision: to seek only within his own being, following his own resonance and trusting his intuition without hesitation. There he discovered that the “ultimate answer” was to be found in the presence of Existence itself—in all its infinite potential.