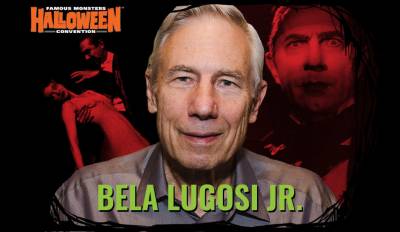 The Celebrities Rights Act or Celebrity Rights Act was passed in California in 1985, which enabled a celebrity's personality rights to survive his or her death. Previously, the 1979 Lugosi v. Universal Pictures decision by the California Supreme Court held that Bela Lugosi's personality rights could not pass to his heirs, as a copyright would have. The court ruled that any rights of publicity, and rights to his image, terminated with Lugosi's death.

Bela Lugosi was born in Lugos, Hungary on October 20, 1882. He ran away at age 11 and worked odd jobs including stage acting. He immigrated to the U.S. in 1921 and was cast as the lead in a Broadway production of Dracula. He became nationally known when a film version of the play was released in 1931.

Actor. Bela Lugosi was born as Bela Ferenc Dezso Blasko on October 20, 1882 in Lugos, Hungary, which was then part of the Austro-Hungarian Empire. His birthplace was only some fifty miles away from the western border of Transylvania and the Poenari Castle, the legendary home of Vlad the Impaler, the historical Dracula, whom Lugosi would portray to great acclaim on both stage and screen. Although descended from a long line of Hungarian farmers, Lugosi's father, Istvan Blasko, broke with family tradition to become a baker and banker. Bela Lugosi was a temperamental and rebellious child. "I was very unruly as a boy, very out of control," he later admitted. "Like Jekyll and Hyde, except that I changed according to sex. I mean, with boys I was tough and brutal. But the minute I came into company with girls and women, I kissed their hands… With boys, I say, I was a brute. With girls, I was a lamb."

Lugosi attended the local grammar school in Lugos and then continued on to the Hungarian State Gymnasium at the age of 11, in 1893. However, Lugosi hated the strict discipline and formality of the State Gymnnasium, and one year later, he dropped out of school and ran away from home. Traveling on foot and relying on the occasional odd job and the charity of strangers for food and lodging, Lugosi finally settled in a small mining town named Resita, approximately 300 miles south of Lugos. He worked in the mines and also as a machinist's assistant. However, Lugosi was captivated by the touring theatrical troupes that came through Resita and set his heart on becoming an actor. "They tried to give me little parts in their plays, but I was so uneducated, so stupid, people just laughed at me," he recalled. "But I got the taste of the stage. I got, also, the rancid taste of humiliation."

In 1897, Lugosi left Resita to join his mother and his sister Vilma in Szabadka. In 1898, he returned to school but dropped out after only four months and took a job as a railroad laborer. Soon after, Vilma's husband managed to land Lugosi a place in the chorus of a traveling theater company. Displaying remarkable raw talent despite his lack of education or training, Lugosi quickly ascended from the back of the chorus into leading roles as he traveled across Hungary performing with the troupe. By the early 1900s, he had been accepted into Hungary's Academy of Performing Arts with a specialty in Shakespearean acting. Adopting the name "Lugosi" as a reference to his birthplace of Lugos, throughout the first decade of the 20th century he toured the Austro-Hungarian Empire performing male lead roles in such Shakespearean classics as Romeo and Juliet, Hamlet, Richard III and The Taming of the Shrew. In 1913, he joined the Hungarian National Theater in Budapest and starred in more Shakespearean plays, as well as Cyrano de Bergerac and Faust.

Although members of the National Theater were exempt from military service, in June 1914 the highly patriotic Lugosi put his acting career on hold to fight for Hungary against Russia in World War I. After being discharged from the army due to health problems in 1916, Lugosi returned to the National Theater and delivered a celebrated performance as Jesus Christ in The Passion. Over the next few years, Lugosi gradually transitioned from stage acting into Hungary's rapidly growing silent film industry. In addition to acting in many silent Hungarian films, Lugosi organized Hungary's National Trade Union of Actors, the world's first film actors' union. He was a staunch supporter of the 1919 Hungarian Revolution that briefly brought Bela Kun's Hungarian Soviet Republic into power, and as a result when the revolution collapsed Lugosi found himself a wanted enemy of the new government. "After the war, I participated in the revolution," he said. "Later, I found myself on the wrong side."

In 1919, Lugosi fled to Vienna, as legend has it buried beneath a pile of straw in wheelbarrow. From there he traveled to Berlin where he quickly found work in the German cinema. Lugosi appeared in several German films in 1920, most notably The Head of Janus, an adaptation of Robert Louis Stevenson's Dr. Jekyll and Mr. Hyde. Despite this quick success in Germany, Lugosi decided to immigrate to the United States; after a brief stop in Italy, he set sail for New Orleans, arriving on December 4, 1920. From there he immediately made his way to New York City, where an already sizeable Hungarian theatrical community welcomed him with open arms. Lugosi plunged himself into New York's Hungarian theater as an actor and director of many Hungarian productions over the next several years. Despite not yet having a firm grasp of the language, he made his English-language stage debut in a 1922 production of The Red Poppy, for which Lugosi memorized his lines phonetically. Since silent films still predominated, Lugosi's language skills were not a barrier to his acting in American movies. He made his American film debut in The Silent Command (1923) and then appeared in The Midnight Girl (1925).

In 1927, Lugosi accepted the titular role in the American theatrical run of Dracula, a play based on Bram Stoker's gothic novel of the same name. Lugosi's Dracula was unlike any previous portrayals of the role. Handsome, mysterious and alluring, Lugosi's Dracula was at once so sexy and so haunting that audiences gasped when he first opened his mouth to speak. After a half-year run on Broadway, Dracula toured the United States to much fanfare and critical acclaim throughout 1928 and 1929. "It is a marvelous play," Lugosi said. "We keep nurses and physicians in the theatre every night… for the people in the audience who faint." With the popularization of "talking pictures" – movies with sound – Universal decided to make a film version of Dracula starring Lugosi. The 1931 film, entitled The Strangest Passion the World Has Ever Known, was a smash hit and forever immortalized Lugosi's chilling portrayal of Dracula. Although countless actors have played Dracula since, to this date vampire enthusiasts idolize Lugosi as synonymous with the character.

Throughout the 1930s, Lugosi was typecast as a Hollywood horror villain – playing monsters, murderers and mad scientists – in dozens of B-list films. His most notable performances were Murderers in the Rue Morgue (1932), White Zombie (1932), International House (1933), The Raven (1934), Dracula's Daughter (1936) and Son of Frankenstein (1939). While none of these roles were especially noteworthy in isolation, Lugosi's cumulative body of work during the 1930s established him as one of the first great stars of the horror genre. Nevertheless, throughout his entire career Lugosi was frustrated by his inability to break through into other types of films. "I am definitely typed, doomed to be an exponent of evil," he said. "But I want sympathetic roles. Then parents would tell their offspring, 'Eat your spinach and you'll grow up to be a nice man like Bela Lugosi.' As it is, they threaten their children with me instead of the bogey-man."

After a few lean years in the late 1930s, when horror movies fell out of vogue in Hollywood, in the 1940s Lugosi once again began appearing in countless horror films as well as sequels and spoofs such as The Ghost of Frankenstein (1942), Frankenstein Meets the Wolf Man (1943) and Bud Abbott and Lou Costello Meet Frankenstein (1948). Despite his prolific acting career and high profile, due to Universal's ruthless compensation system and his own careless spending, Lugosi lived the majority of his adult life deeply mired in debt. He spent the last few years of his career in the early 1950s back on the stage in revival productions of Dracula as well as Arsenic and Old Lace.

In 1956, Lugosi began work on a sci-fi thriller called Plan 9 From Outer Space. However, he passed away in the middle of filming on August 16, 1956, aged 73. Lugosi was fittingly buried in his Dracula cape.

Despite Lugosi's death, Plan 9 from Outer Space was completed with director Ed Wood's wife's chiropractor taking over his part. The final version of the film bizarrely mixes footage of Lugosi as well as footage of his replacement (who looks nothing at all like him), one of many oddities that make Plan 9 From Outer Space both a cult classic and a film many critics have called the worst of all time.

Bela Lugosi married five times. In 1917, while still in Hungary, he married Ilona Szmik. They divorced two years later, when Lugosi fled for Germany and Szmik refused to leave her native land. In 1921, shortly after arriving in New York, he married Illona von Montagh, but they too divorced after three years in 1924. Lugosi married his third wife, Woodruff Weeks, in 1929; their marriage lasted all of three days. In 1933, he married his fourth wife, Lillian Arch, and they remained married for twenty years before finally separating in 1953. He married Hope Lininger in 1955 and they stayed together until his death a year later.

The actor who became synonymous with Dracula, Bela Lugosi paved the way for the incredible proliferation of vampire movies in Hollywood. His depiction of Dracula as at once dangerous and mysteriously sexy continues to shape the way vampires are portrayed in such pop culture phenomena as Twilight and True Blood. However, Lugosi was much more than a one-hit wonder who played out the rest of his career in B-grade slasher movies. He was a multitalented and immensely gifted performer who mastered Shakespearean acting in Hungary before coming to define the American horror film genre. Nevertheless, despite his dozens of films and stage performances, Lugosi lives on for posterity not so much as an actor but as the personification of his greatest character. When he performed as Dracula, Lugosi spoke for his own personal legacy as much as for his character when he pronounced the immortal line, "I am Dracula."