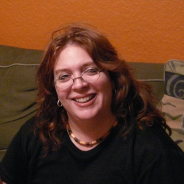 Guest Website
https://shatteringthematrix.com/
Guest Category
Physics & Metaphysics
Meditation
Clairvoyant & Telepathic
Psychic & Intuitive
Theory & Conspiracy
Guest Biography
Ari Kopel  is a graduate from The University of Miami in Psychology and Communications. While at the University of Miami, she worked with Dr. Cesare Emiliani, running the Harold Urey laboratory on Pole Shifts and Ice Ages. Later she worked as the assistant to Dr. Robert Jastrow who was Chairman of the Board for NASA at Goddard Institute for Space Studies.
Ari is an Ultraterrestrial contactee from the age of 17, and she works closely with these Beings of Light to help humanity make the shift in consciousness and raise their vibration.
She has had over 35 years experience in sales and management working for companies like Bell South, AT&T and Ameriquest Mortgage, and also as Director of Sales and as VP of Sales for several companies in the Book Publishing industry.
Ari is also the creator of a website called: 2012Emergence.com, that was designed to create awareness about the time frame of 2012 and beyond, where membership is growing daily, as articles and videos are posted that discuss the events on the planet that help Shatter the Matrix and help the members become inoculated against FEAR.
Ari is also the Show Host and creator of a radio show called Shattering the Matrix on BlogTalkRadio.com, where the aim of the show is to bring forth information about the truth with respect to the deceptions and disinformation given by dark forces. The show sheds much needed Light on the tactics and doings of the evil presence on this planet. Ari's aim is not to wake up the "sleeping masses", but to wake up the "sleeping Light Forces" that agreed to come to humanity's aide, and that have been deceived as well through infiltrated spiritual teachings and false spiritual leaders. Her aim is to help us break free of the hypnosis that has kept most of us from being fully engaged in finding solutions and proactively participating in positive creation.