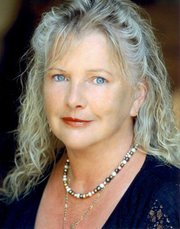 Annamaria Hemingway, Ph.D., is a writer, speaker, and spiritual counselor in the practice of conscious living and dying. A personal quest to discover a deeper purpose to the pilgrimage of life led her on a path to study world religious and spiritual traditions, ancient rites and rituals, mystical states of consciousness, and universal cultural mythologies surrounding death and dying. She received an MA in Consciousness Psychology, and was also granted an MA/PhD in Mythological Studies with an Emphasis on Depth Psychology from Pacifica Graduate Institute. She has worked in hospice care, and is a member of the International Association for Near-Death Studies.

Annamaria became fascinated in tracing how the primordial affirmation of death and rebirth, signifying the transformation of consciousness, is encapsulated in ancient resurrection myths, the practices of many diverse spiritual traditions, and alchemical symbolism Her research, detailed in Practicing Conscious Living and Dying, Myths of the Afterlife, and the soon to be published Immortal Yearnings, reveals that this same affirmation is still vitally alive and manifests in spiritually transformative experiences, including contemporary near-death experiences and deathbed visions, which  reaffirm the ancient belief in the posthumous journey of the soul.

Rediscovering this great legacy of invaluable knowledge provides guidance on how to realign with the divine aspect of human existence in our materially driven culture and weaves a tapestry of hope that physical death may be just a transition into an eternal continuum of consciousness.