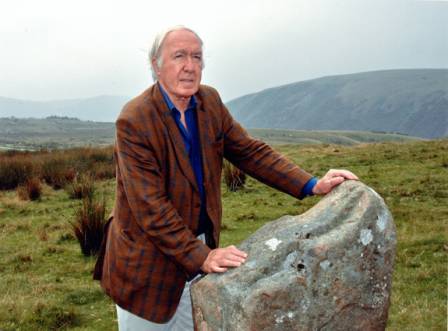 Andrew Sinclair (born 1935) is a British novelist, historian, critic, and film-maker. He was a founding member of Churchill College, Cambridge University, England, and has taught and traveled widely across the world. He currently lives in London and is married to the writer and leading London socialite Sonia Melchett (formerly married to Julian Edward Alfred Mond, 3rd Baron Melchett), and has two sons from previous marriages.

Andrew Sinclair is an internationally best selling author and authority on Rosslyn Chapel, the chapel of Templar secrets in Scotland built by his ancestors. Andrew is the author of The Sword and the Grail, The Secret Scroll and Rosslyn: The Story of Rosslyn Chapel And The True Story Behind The Da Vinci Code. Andrew is the only person in modern history to venture into the crypt under Rosslyn Chapel. Andrew will share his extensive information about the Sinclair Clan and Rosslyn Chapel, including some important new discoveries that were recently made.