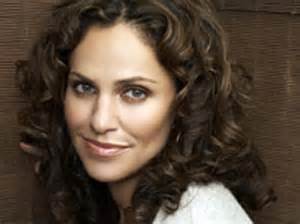 Actress Amy Brenneman was born on June 22, 1964, in New London, Connecticut. A versatile performer, Amy Brenneman is perhaps best known for her portrayal of a juvenile court judge and divorced mother on the hit drama Judging Amy. The show was based in part of her own mother's experiences as a State of Connecticut Superior Court judge. Brenneman's father was also involved in legal matters, working as an environmental attorney.

A 1987 graduate of Harvard University, Amy Brenneman has proved to be a versatile performer, handling both dramatic and comedic roles. In 1992, she appeared on the short-lived dramatic comedy series Middle Ages. Her next big part attracted more attention from critics and audiences. Brenneman played Janice Licalsi on the successful police drama N.Y.P.D. Blue. Her character was a police officer becomes involved with the mob and with Detective John Kelly, played by David Caruso. Her role on the series garnered her two Emmy Award nominations.

Around this time, Amy Brenneman also had roles in several films. In the dramatic comedy about divorced fathers, Bye Bye, Love (1995), she played Matthew Modine's ex-wife. That same year, Brenneman also appeared in Michael Mann's crime thriller Heat as Robert De Niro's girlfriend. She went on to star in the independent film Nevada (1997) as a stranger who comes to a western small town. Brenneman also appeared in Your Friends & Neighbors (1998) and The Suburbans (1999).

In 1999, Amy Brenneman returned to series television with a project very close to her heart. Soon after Judging Amy debuted it became of prime time's leading dramas. Amy Brenneman starred as a New York lawyer who moves with her young daughter to Connecticut and becomes a juvenile court judge soon after her divorce. Audiences were drawn to the show's interesting mix of court cases and the personal dramas surrounded the lead character and her friends and family.

The show also provided a look at three generations of women—television veteran Tyne Daly co-starred as her mother Maxine, a social worker, and Karle Warren played her daughter Lauren. During the run of the series, Brenneman won several awards for her work, including a People’s Choice Award, and was nominated three times for an Emmy Award—in 2000, 2001 and 2002. After more than 130 episodes, Judging Amy finished its long run in 2005. It is still being shown in syndication.

Current projects have Amy Brenneman working in both film and television. She plays an assistant to a college professor (Al Pacino) in the upcoming film 88 Minutes. Brenneman has also been cast in the prospective spin-off of the hit medical drama Grey's Anatomy, currently titled Private Practice.

Amy Brenneman is married to director Bradley Silberling. They have a daughter named Charlotte and a son named Bodhi Russell.