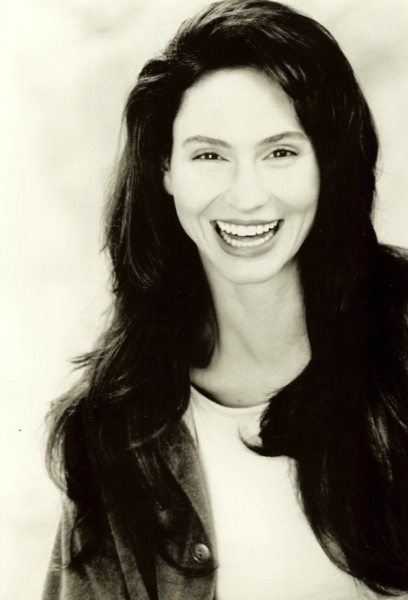 Originally from Vancouver BC, I was awarded a scholarship to the American Academy of Dramatic Arts. Paul Rudd and I went through the program together and am proud to say that we graduated in the same class.

My first love was dance. I have been a dancer my whole life and performed with a Vancouver based company until I decided to make my way to the land of “dreams come true”. My love for dance kept me in one studio or another teaching classes and choreographing students ranging from 3 years to adult. Dance is my soul.

I won the FRESH LOOK CANADA 1980 modeling contest and was then recruited by a prestigious Vancouver based modeling agency. This led to the film and television world where I began building my resume. One of my first times on set was in a scene with Johnny Depp when he had a show called 21 Jump Street which filmed in Vancouver.

My pageant career was intense. I won several titles and loved the hard work that went into presenting my best self. Representing my city, province, country meant a great deal to me and I did my very best to be an outstanding citizen and virtuous role model to all. My first and most memorable title was Miss Teen Vancouver which landed me a trip to Toronto where I competed in the Miss Teen Canada Contest. The next most prominent title was Miss Canada Runner Up. I am still very proud of these titles which allowed me to contribute to the community in so many beneficial ways for many years.

The Dallas Cowboy Cheerleaders were very popular at this time in my life. One of my aspirations was to represent our national team, The BC Lions as a cheerleader/sports dancer. After a long day of grueling auditions I was ecstatic to be one of the few chosen out of hundreds of dancers who showed up for tryouts. There were only a few spots in the line that were open and I really wanted one. I succeeded, was the youngest dancer ever on the team and probably the most joyous as well.

I attended UBC, University of British Columbia but all I could think about was being accepted to a school like. FAME. I did my research, auditioned for the American Academy of Dramatic Arts (LA/NYC) was awarded a scholarship and packed my bags for Los Angeles.

After graduating from the American Academy I was cast in a film called Barbarians at the Gate. This was an HBO film starring James Garner and Jonathon Price. It was my first audition out of school and thought to myself… wow this is easier than I thought!

I continued with the journey by pounding the pavement: Student films, endless performances in plays all over the city, making the casting rounds, go to acting class 4 nights a week, attending workshops, theatre sports, networking, earned my SAG card, etc, …. doing everything possible in my power to achieve success.

As luck would have it, I met a wonderful fellow thespian with whom I co-wrote a sitcom and shopped it. Not getting the reaction we wanted, we decided to take a producer class at UCLA extension with Howard Storm. He told us to write about what you know… what you are good at. My partner and I were both full of enthusiasm and lots of fun so we decided to write a show about Nightlife. We filmed in LA and Las Vegas and planned on taking it across the globe.

We started with the basics. A pitch. We did not just do any pitch, we did a performance pitch. We wore costumes, choreographed a 2 minute routine and actually performed for our potential investors in their offices!!!

KTLA/WB was interested but they wanted to see a pilot. We raised $15,000.00 in one week, hired a production company and filmed two months later on New Year’s Eve. Our very first interview was with Paul Oakenfold, starting at the top with the biggest DJ in the world. Literally.

KTLA picked up our show which was called CLUBBIN’. It ran for two seasons and had top ratings, only second
to The Jimmy Kimmel Show.

Then this happened… Justin Timberlake and Janet Jackson had that wardrobe faux pas at the Super Bowl half time show and everything changed for KTLA and Tribune. We had already shot a whole new season and it was in the can which unfortunately is where it stayed. The FCC was coming down hard and KTLA’s lawyers were not in favor of another of season of Clubbin’.

As one door closed another opened. A new company called nowlive.com was looking for content for their TV Web channel and they loved Clubbin’. We were on air, live, for two hours once a week for two years. We hosted in studio guests, had chatters, callers and a very loyal following. This interactive concept which combined so many forms of media into one made for an extremely exhilarating experience.

CBS LA approached me about writing for cbsla.com under the pen name SHARLA. Currently I still write for them about LA hot spots and entertainment.

Within this time frame I wrote a spinoff of Clubbin’ called GIRLZ WEEKEND. I filmed the pilot in Las Vegas and had just secured an investor to fund this show when I was diagnosed with Stage 3 colo-rectal cancer.

All bets were off.

Now here I am… on the other side and am ever so passionate about giving back through information, information and insight.

Below you will find clips of my work from Clubbin’ to Cancer and everything in between.

With all the love and strength in my heart, I thank you. Allyson Phelan-Eagan