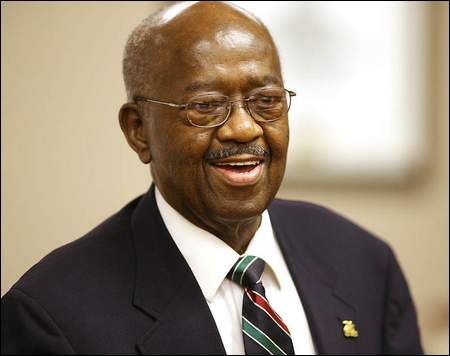 After an outstanding career in law enforcement, Abraham Bolden was appointed by JFK to be the first African American presidential Secret Service agent, where he served with distinction. They met by chance when JFK used the men's room to which he had been assigned as security. Bolden was a crucial part of a the Secret Service effort that prevented an attempt to assassinate JFK in Chicago, three weeks before Dallas.

But the dream quickly turned sour when Bolden found himself regularly subjected to open hostility and blatant racism. More of a concern was the White House team’s irresponsible approach to security. While on his tour of presidential duty, Bolden witnessed firsthand the White House agents’ long-rumored lax approach to their job. Drinking on duty, abandoning key posts—this was not a team that appeared to take their responsibility to protect the life of the president particularly seriously.

Soon after the assassination, he received orders that hint at "an effort to withhold, or at least to the color, the truth." He discovered that evidence was being kept from the Warren Commission and when he took action, found himself charged with "conspiracy to sell a secret government file" and imprisoned for more than five years, mostly in the psychiatric ward of the Springfield Medical Center for Federal Prisoners. In September 1969, after a short stint at a prisoncamp in Alabama, Bolden was finally granted parole.

Nearly 45 years later, Abraham Bolden has come forward to tell his story. A gripping memoir substantiated by recently declassified government documents, The Echo from Dealey Plaza is the story of the terrible price paid by one man for his commitment to truth and justice, as well as a shocking new perspective on the circumstances surrounding the death of JFK.