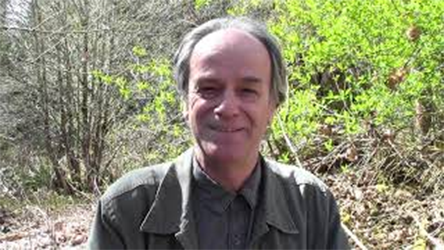 When Theresa met Bonnie. A Romantic Comedy by Kevin Annett - To Be Broadcast soon
Summary

When Theresa met Bonnie: A Romantic Comedy by Kevin Annett - To Be Broadcast soon

Interviewer: Good evening Canada and welcome to our show Meet and Greet, live from the nation's capitol! (canned applause) I’m your charming host Wink Martin. And welcome to tonight’s exclusive interview with our country’s two top bug hunters, Theresa Tam and Bonnie Henry, our very own self-appointed Health Bosses who tell you exactly what to think and do! Our show is brought to you by their employer, those friendly folks at Pfizer Corporation, whose motto is, Proud to be Pushers.

So, Theresa Tam, let’s start with you. What’s all this about you advising Canadians not to breathe so much?

Wink: You mean about how not to get sick from that illusive covid virus? Less breaths, fewer bugs?

Theresa: Well, that should be obvious …

Theresa: (angrily) What are you, an anti-masker?

Wink: I just don’t see how that will help …

Theresa: Well, that’s why you’re just a lowly interviewer and I’m the boss around here.

Bonnie: (warily) Can you hear me?

Bonnie: I couldn’t tell because I’m not hearing too well.

Wink: So I heard.

Bonnie: No, I meant from all those demonstrators outside my office. They were yelling some pretty terrible things about me with that megaphone of theirs. There really should be a law preventing that sort of thing!

Wink: Well, I’m sure you’ll come up with one, Bonnie. (laughter and applause) But tell me. What do you think of your colleague’s advice to Canadians to hold every third breath?

Bonnie: I believe you’re taking Dr. Tam’s remark out of context. I know her well, both as a friend and a professional colleague. She’s not as strange as she appears.

Theresa: Thank you Bonnie. At least somebody appreciates me.

Theresa: Oh yeah? Name one! With everybody it’s just take, take, take! Explain this to us, Doctor! Pass this law for us, Doctor! Find me a …

Wink: Whoa! Hold up there, Tess! I thought Parliament passes the laws in this country.

Wink: Did somebody ask you to pass a law for them, Doctor Tam?

Wink: I did hear something about you and some lobbyist from GlaxoSmithKline rubbing shoulders recently. I never saw any photos but …

Theresa: I was never near that hotel where he was staying!

Bonnie: Yeah! Me neither!

Wink: I guess that alleged incident had nothing to do with your authorization of the trial vaccine cooked up by GSK’s criminally convicted affiliate Astrazeneca … (long pause) Theresa?

Wink: Well, let’s leave her in Pout Party Central, shall we, Bonnie? Let’s talk about you.

Bonnie: (warily) Do we have to?

Wink: You did agree to come on our show.

Bonnie: Well, my lawyer did. But this isn’t what we expected. You were supposed to stick to certain topics.

Bonnie: You certainly are!

Bonnie: That’s right! That’s where we come in!

Wink: “Where you come in” … you mean, to deal with the unpredictability of a virus? Like the covid virus?

Wink: You guys sure have acted like you know what’s going to happen next at each stage of this alleged pandemic. (pause) Bonnie?

Theresa: You like ganging up on women, don’t you, Wink?

Wink: (merrily) Terry! Back from the dead! Maybe you can answer my query.

Theresa: You are an anti-masker! And a conspiracy theorist! Those are punishable offences now, you know!

Theresa: And what kind of answer do you expect, Mr. Martin?

Theresa: That’s not my department.

Bonnie: Anyway, it wasn’t our idea! You’re trying to pin it all on us!

Wink: Hi Bonnie! Pin what on you?

Bonnie: (desperately) But Theresa, if this all comes out …

Bonnie: But if it does, we’ll be blamed!

Theresa: No Bonnie, we’ll be dead. So be quiet.

Wink: (delighted) Shit, this is better than Geraldo! And you heard it here first, folks! And on that note, let’s take a break with a word from our sponsor: you know who. (Pause) Okay ladies, we’re off the air briefly. Can we get you a coffee, tea, aspirin, Demerol?

Theresa: (outraged) How dare you! My government will sue your ass over that nonsense you pulled!

Wink: I doubt if they’d do that, Tess. Can’t have company secrets on a nasty court record now, can we?

Wink: What, no bribe? What am I, chopped liver?

Wink: Okay, here we go. (pause) And we’re back live! You’re listening to Meet and Greet, and with me are …

Theresa: Oh just get on with it! They all know who we are! I have a luncheon to get to.

Wink: Let me guess who it’s with.

Bonnie: I can tell you!

Theresa: Shut up, you blonde slut! Everybody knows about you and that disgusting chief petty officer!

Bonnie: Just because I live in Victoria, everybody assumes I have a thing about sailors.

Wink: Ok now, let’s stop diverting. Tell me what Article 203 is keeping quiet. Who is your real boss?

Theresa: That would satisfy you, would it, Mr. Martin?

Wink: It would be a helluva scoop.

Theresa: And to your listening audience, and that herd of people out there: would that knowledge about who is running the show make any difference in their lives? Do you really think they care? Or that telling the truth changes anything?

Wink: You sound like someone from the Friedrich Nietzsche School of Optimism.

Theresa: Well, he said it himself: God is dead. And morality. There is only power and who wields it. We’re just acting on that truth.

Wink: And doing a bang-up job, if you don’t mind me saying, Dr. Tam.

Wink: Bonnie Henry, what do you think?

Bonnie: I don’t think God is dead, exactly. I attend the Anglican church.

Bonnie: You mean the Archbishop?

Theresa: Why do you call him that?

Wink: Ask the Brantford Mohawk Indians. Or rather, their children lying buried in the ground. But that’s a crime of another color. I was asking you, Bonnie, what you thought about Theresa’s prognosis.

Bonnie: I’ll have to ask our lawyers.

Wink: You do that, honey. But I won’t hold my breath. Or maybe I should, eh Theresa? Every third breath? (Laughter) I’m sorry ladies. I don’t want to end our show on a downer of a note. After all, this is Canada! We all want to feel good, am I right everyone? (applause) So let me try some overt levity. Here’s a joke: How do you get Canadians to jump into a vat of acid? (pause) Give up? (pause) Just ask them to!

Theresa: (dismissively) That was not funny.

Theresa: Yes! Don’t believe any rumors you hear about me and a big pharma lobbyist.

Wink: Our lips are sealed, Theresa! We’re all true-blue Canadians on this show!

Bonnie: I just want those protesters to stop yelling so loud. They might upset people.

Wink: And on that note, let me give a big thanks to you both, Theresa Tam and Bonnie Henry, you bland and insipid Enemies of the People! (laughter and applause) May you both give birth to accountants! And we’ll see you all on next week’s show where we’ll interview a featured mystery guest, Prime Minister Justin Trudeau’s MKULTRA psychiatrist and handler. Remember Canada! Stay safe and bovine!

Applause and fade out