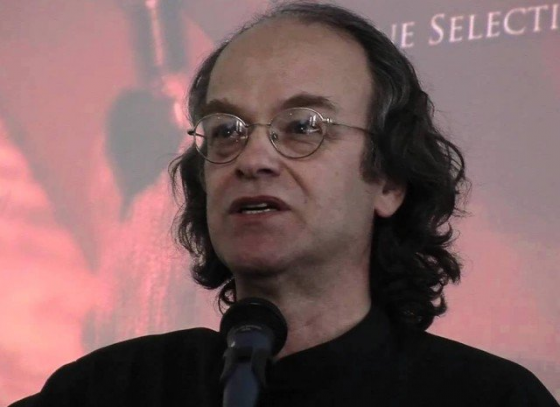 Raising Up a New Nation. A Personal Message from Kevin Annett to the Peoples of Canada
Summary

Raising Up a New Nation: A Personal Message from Kevin Annett to the Peoples of Canada

Up a New Nation:
A Personal Message from Kevin Annett to the Peoples of Canada
https://youtu.be/FpVVQCtp-R4
On July 23, I announced my candidacy in the upcoming federal election on behalf of the Republican Party of Kanata, in the riding of Winnipeg North. Our aim is to create a new Republic, free of the corruption and crimes of monarchy and foreign rule: a grassroots democracy where we the people can govern ourselves and equally share the wealth of our nation. Over half of Canadians share this goal of independence.
Our goal now is to unite that majority into a mighty movement for freedom: for a Canada free of indebtedness, poverty, servitude, bureaucratic corruption and the wasting legacy of genocide and colonialism. I am immediately taking to the road to start this campaign and to spark this movement in hundreds of communities across our many regions.
Since my announcement, our office has been flooded with many excited volunteers and offers to support our campaign. Many of you have asked how you can best support the movement to establish a Republic of Kanata. The short answer is for you to begin publicizing our movement and sinking our roots in your own community, for it is from there that our movement and nation will be grown, by all of us. To do so you need to familiarize yourselves with our basic vision, principles and program, which is contained in our book "Establishing Liberty: The Case for Kanata" (https://www.amazon.com/dp/1721282033 ). We will provide that book to any of you who volunteer, and will connect you with other Republican campaigners in your area.
There are seven categories of workers in our movement. You can do more than one of these tasks, but here are the jobs to be done:
1. Donor
2. Canvasser
3. Social Media publicist
4. Alternative Voting Pollster
5. Republican Party Member and Citizen
6. Republican Party Convener
7. Republican Sheriff
Here is what each of these people do:
1. The Donor pledges either a lump sum or a sustaining amount to fund the campaign and the ongoing work of the Party and the Republic.
2. The Canvasser disseminates the leaflets, pamphlets, stickers and other educational material of the campaign and the Party, including by door to door campaigning and at public events. The Canvasser also solicits funds from people and signs them up as Party members.
3. The Social Media Publicist creates a constant, public internet face for the campaign and Party, disseminating its updates, postings and material and creating blogs, websites and twitter accounts for the movement.
4. The Alternative Voting Pollster is present at voting stations to provide voters with an alternative in the form of a Republican ballot. By marking the latter, voters declare their support for a Republic and may also pledge membership in both the Party and the Republic.
5. Republican Party Members join the party, pay dues, attend local cell group meetings and engage in the Party's public actions and projects. They may also pledge their formal Citizenship to the Republic.
6. Republican Party Conveners organize the local Cell Groups and Sections (5 cell groups), administer the local party structure, establish local Peoples Assemblies and recruit and train Republican Sheriffs.
7. Republican Sheriffs are the police arm of the Republic, providing security for members, citizens and local Peoples' Assemblies, acting as the agents of common law courts, and recruiting and training Citizen Militias.
You can see by this scheme that we are not only organizing a political movement but a new Republic all at the same time. Besides campaigning as a Party in the election and afterwards, we are creating local Peoples' Assemblies, common law courts and citizen militias to replace the existing 'crown' systems of law and government in Canada. In other words, we are giving Canadians something new and positive to belong to and fight for, by which they can take back their nation and their lives.
This purpose is good and necessary, but it will go nowhere without the means. We are a completely grassroots, people-led movement, with no source of funding but all of you. We need all of you to contribute to this campaign financially, through the means described at the end of this message. Equally as important, your efforts must be consistent. Even if you just distribute flyers door to door, or pay dues each month, do so consistently. We must match the Goliath we are facing with determination and persistence. We have shown already how such grassroots power can move mountains.
For those of you who want to do more than support our election campaign, and actually join our Party and take out citizenship in the new Republic, we encourage you to volunteer for training as a local Republican Convener and a Republican Sheriff. These positions will form the cornerstone of our new nation and will actively organize our movement on the ground.
Whatever you choose to do, do it today. Our future depends on each one of you. Your future depends on what you do now.
You can begin by listening regularly to our weekly blog radio program, Here We Stand-Radio Free Kanata, every Sunday at 3 pm pacific, 6 pm eastern time on https://bbsradio.com/herewestand and by seeing our news postings under ITCCS Updates at MurderByDecree
You can financially donate to our campaign and movement through the paypal system found at pickwick88@yahoo.com , by writing to republicofkanata@gmail.com, or by leaving messages at 250-591-4573.
You can start now by booking me to come and speak in your community. We will also send you notices of election rallies being planned by our Republican Party of Kanata across the nation. While I am running as a candidate in Winnipeg North, I will be campaigning and organizing for the new Republic in many communities.
Contact us today. We have a world to win and a nation to reclaim.
Kevin Annett - Eagle Strong Voice
https://youtu.be/FpVVQCtp-R4
Raising up
A New Nation
Personal Message
kevin annett
Peoples of Canada
Republic of Kanata