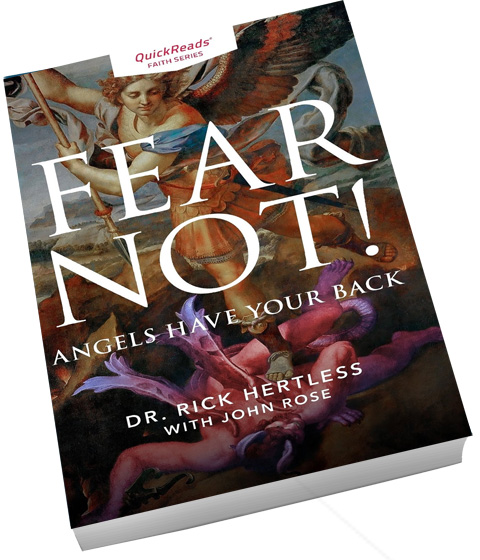 The Most Powerful Angel
Summary

Jesus is the Most Powerful Angel. The Bible classifies Jesus many times as an angel, but is he the level as the other Angels?

The Most Powerful Angel

As she sat by the spring she contemplated her life. How she had planned for it to be different. As a child her mind ran wild with thoughts of baring many powerful children that would change the world. But now, it seems as though her life is over. She has been cast out into the desert to uncertainty of life. Would she even survive the day? Would she find life in an inhabitance far away?

Her disparity must have been great. She must have been thinking, “My life is over.” She was running away to nowhere; to a place far away, but without destination. Her tear soaked cheeks begged the question of her crimes. Not wanting to accept any responsibility she placed the blame solely on those who made her leave the comfort of her home.

Isn’t that the human way? Whatever you are facing in your life, do accept any of the blame or is it the other guys fault; better still, is it God’s fault? When we face struggles in our life we try to justify them away from ourselves. But truly, most of the blame befalls us if we are to honest.

If we would totally trust God, our lives would be much more ordered, but the Bible teaches us that it is impossible for us to trust God in his entirety. That is why he had to send his Son, Jesus. Strangely, the most powerful angel in the Bible is not an angel at all, but we will discuss that later. Let’s get back to our story.

Hagar is the woman in despair. The above scenario was not of “her own” making, but she had much to do with it. Sarai, before she was Sarah, Abram’s wife gave her maidservant to her husband to fulfill the promise of the Lord for Abram to be given an heir. Maybe it is best to start from the beginning.

Abram trusted God. He lived in a place called Haran. When he was seventy-five years old, God came to him and told him to go to an unknown place. Abram didn’t question God; he set out immediately. God said he would make Abram’s name into a great nation.

Sarai, Abram’s wife, was barren; she could not have children. So, Sarai surmised that if Abram was to have a child, it would have to be provided through her maidservant Hagar.  Unfortunately, when Hagar got pregnant she began to claim power she did not have. She must have thought that her stature had been raised because she was to be the mother of Abram’s child and not Sarai.

So, Sarai had enough and told Abram she had to go. So as you can see, much of Hagar’s predicament was of her own making. Because of her pride, she “lorded” the pregnancy of Abram’s son over Sarai.

But the blame was not solely on Hagar. Abram and Sarai did not believe the Lord and they came up with the plan to fix it. Have you ever done that? God has made a promise, but it wasn’t fast enough. So, you devise a plan to “help” God. When all is said in done, you are in a bigger mess than when you first started. By the time you trust God you are in a desert by a spring crying because you don’t know where to turn.

That brings us back to our story and the Most Powerful Angel. The angel of the Lord appeared to Hagar. She was told to go back to the camp and submit to Sarai. Who is the angel of the Lord? Many believe, as I do, he was Jesus; the pre-incarnate Christ. In Genesis 16:10 it says, “I will increase your descendants . . .” A normal angel has no authority to make such a statement. The normal angel would say something like, “The Lord will increase your descendants . . .” He would not use the personal pronoun “I”.

There are other places in the Bible where the “angel of the Lord” is declared as God. Genesis 22:15-16 says, “The angel of the Lord called to Abraham from heaven a second time and said, “I swear by myself, declares the Lord . . .” No common angel can swear by anything other than God.

Jesus came to us in the form of a man, much the same way as he did in the Old Testament as “The angel of the Lord.” An all-powerful God can take any shape he so desires. He can also allow his angels to do the same. Plus, Satan is a spirit as well and he and his minions can take on shapes to deceive. The main difference is, his power is limited by time. There will come a day when he will no longer be able to deceive the masses. He will be thrown into the Lake of Fire for all eternity. Until then, he is allowed to walk the earth, “seeking whom he may devour (1 Peter 5:8).”

The title “The Angel of the Lord” is proof that Jesus is in charge of the angels. It is he who the angels answer to do his will. It is also possible that he might be one of the “angels unaware” the Bible speaks of in Hebrews 13:2.