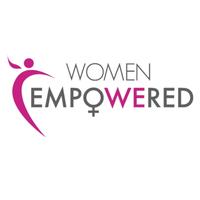 Are Women of 2015 Actually Empowered?
Summary

I am having a guest on my radio show that will be speaking about Empowerment of Women and I began to wonder what women can do to get on the empowerment train and stay there. Also, what does empowerment look like to todayâs woman and where do we go to find it. Men should listen in to help all the wonderful women in their life.

Are Women of 2015 Actually Empowered?

I am having a guest on my radio show that will be speaking to this very topic and I began to wonder what women can do to get on the empowerment train and stay there. Also, what does empowerment look like to today’s woman and where do we go to find it. First some stats about women in America.

The US government has some very interesting data. The following is some information from Women in America: Indicators of Social and Economic Well-Being as well as Thinkprogress (dot org)

18: Average percentage by which women worldwide are paid less than their male counterparts at work.

0.77: The female-to-male earnings ratio in the U.S., meaning female workers earned 77 cents on every dollar earned by a male worker. Progress on the pay gap in the last 10 years remains statiscally unchanged.

58: The percentage of all undergraduate degrees in the U.S. that were awarded to women in 2010.

12: Number of Fortune 500 companies that have female CEOs.

26: The percentage of vice presidents and senior executives that are female.

7: The percentage of directors on the world’s coporate boards who are female.

So it seems we females are certainly being educated, spend lots of time in the workforce and in the household working and are still being paid less than men. Women’s representation as high-level execs is still also on the low side. The good news is that small business is a major part of the US economy and women are growing into entrepreneurs and have the education and skills to do so. Women are marrying later in life and the number of women choosing not to have children is rising. It makes sense if we are in college and running our businesses, mommy time may be on hold, or not happen at all.

Since we will be living longer than men typically, we have the opportunities and quite frankly, the need to be able to sustain ourselves into our very late years. This means attaining enough funds to make it to the end of our lifetimes. Women bring lots to the table naturally including a keen sense of intuition, concern for others and are great at relationship building and collaborating which is the key to any thriving business, according to Forbes 4 Skills that Give Women a Sustainable Advantage Over Men and itbusinessedge.com- Womens Strengths and the Value They Bring to the Corporate Table

It’s time all women start bringing their natural gifts and learned skills out to the world. It’s time to use our interests and passions to fulfill our work. A well balanced woman ( any human being) needs mind, body and spirit fulfillment and there are a number of unique ways to do that. Empowerment Expert Lisa Marie Jenkins will be discussing this on our Nov. 9th show. Men, listen in too for your wives, girlfriends, daughters, mom and any other important women in your life.

Check out my radio show for more on the empowerment of women with guest Lisa Marie Jenkins at BBS Radio Wednesday, Nov. 4th at 8pm Eastern, 5pm Pacific.

Lori Peters is the creator of Happiness Hangout which provides resources, activities and professional speaking services in the area of happiness and well-being. She has her own radio show called Happiness Hangout.