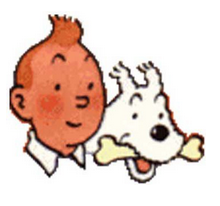 Relaxing Into Discomfort (c)2015 Joan M. Newcomb I'm in Germany, and it's been one roller coaster ride since we got here. There were 32mph winds when we landed (which should have been a clue for the rest of the trip).

I'm in Germany, and it's been one roller coaster ride since we got here.  There
were 32mph winds when we landed (which should have been a clue for the rest
of the trip).

We came from Madrid, where it was nearly 80 degrees, and in Germany it was
in the 30s.  We've been rained on, lightening'd over and pelted with hail
pellets.  Our artist's apartment in Madrid was warm and inviting.  Our
flat in Kreuzberg is a flophouse for grunge-rebels.

Madrid is no problema friendly.  Germany is nicht so.

It is hard to stay Conscious in discomfort. My body contracts in the cold.
It feels similar to being in poverty, or ill.

I'm distributing my mother's ashes to the places where we lived. To get down
to Zehlendorf, we encountered closed stations in the Reichstag, a change of
trains on the U3, and then an Erzatz U3 bus because there'd been 'a fire on
the line'.

At some point, I realized I'd just relaxed into the discomfort. A girl who
looked like Tin Tin appeared to help us when passengers were being told to leave
the train.  It had thundered and hailed over the Reichstag, and it was
sunny and almost warm in Zehlendorf.

Zehlendorf's brick-cobbled streets were strewn with tree limbs, from the windstorm
the night before.  Many of the houses were unchanged from when my family
had lived there during the Cold War.

The more I relaxed, the more Dorothy showed up.  That's not true, she'd
been present the whole way (we'd walked on Dorothenstrasse at the start of our
trip, and "DB" - for DeutschesBahn, is also my nickname for her).  Little
purple flowers appeared.  The first house had whimsical tiles - probably
not original, but the kind of thing that would make her giggle.  And the
pub on the corner had a -probably original - Berliner Kindl sign (she had a
large collection of mugs and glasses, mostly likely from there).

We left a dusting of her at each place, and returned to Kreuzberg where we
were rained and hailed on.

The next morning we took my husband to the Krankhaus, which is such a good
name for the place.  I got to practice relaxing into discomfort with rude
admins and raving admitteds. Nobody feels like they've chosen to be sick on
vacation and certainly nobody likes to go to hospital. But I have a traumatic
reaction to them after sleeping beside Dorothy for 18 days when she fell and
broke her pelvis and then got diagnosed with cancer.

Meanwhile, my 24 year old son is having the time of his life with the night
scene in Kreutzberg, German beer and Currywurst. He does not mind the discomfort
of the weather, or at least does not let that stop him from fully enjoying his
Berlin holiday.

Tonight we leave, my son returning home to Madrid, my husband and I going
on to London. Perhaps this whole ordeal was to make the next phase of my journey
seem easier. London will now feel warm (it's in the mid-50s there).  We'll
be used to trains and undergrounds.  And we'll really appreciate knowing
the language!

Tomorrow's a major eclipse, which closes one door and opens another.  It's
a time of sudden, unexpected changes.

What do you need to relax into? What are you resisting (that needs releasing)?

Breathe into it.  This too shall pass.  It is taking you to a new
level of Expanded Consciousness.  And, it will get better!