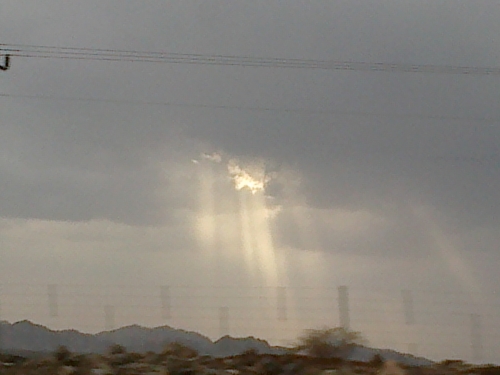 I've been playing with energy with a renewed focus, taking old techniques and 'upgrading' them.  The results are noticeable.  I've been filled with a sense of expansiveness and well-being, and prosperity and abundance is flowing into my lift in unexpected ways.

Whenever you increase light, it illuminates hidden things. Issues rise to the surface, in the process of being cleared out.

One showed up recently in the form of another person, who began having some extreme reactions to  me.  It was crazy making, until I stepped back and brought Consciousness to the situation.  I scanned all my immediate relationships, my husband, sons, friends, clients, my co-host, my business mentors, and those I mentor. All are going well. Except this one individual.

First I tried acting as if nothing was wrong, just in case I was misreading the energy.  That revealed that something was, indeed, amiss.  I talked about it with my mentors, I talked about it with the Universe (you could call this praying).  All of this brought the issue to light, but wasn't clearing it.  I really couldn't figure out how this was going to resolve peacefully.

The great thing about bringing anything to Consciousness is that you don't have to know how.  It unfolds more perfectly than you could imagine.

As I'm writing, I'm realizing that there's a difference between becoming aware of something, and bringing Consciousness into it.  Shining light on something illuminates it, in doing so can make it more extreme (as it's out in the open).  Bringing Consciousness, transforms or disperses it.

What has revealed and is sorting out was distortions and drama and dysfunctional patterns, we each grew up with or encountered in our adult lives,  but not games that I play or choose to engage with any more.  I stayed in integrity,  I stayed aligned, and I continue bring Consciousness into the situation, we're actually becoming friends!

Consciousness does that.  It reveals our similarities as well as our differences.

The other situation that's arisen was an issue that wasn't mine on the surface, but one that I've contributed to.  Rather than power games with individuals, it's power games with corporations.  Corporations are great projections of power, and bring up the illusion of powerlessness in ourselves - they're so big, we're so small.  Bringing Consciousness to this is revealing a simple solution.  It's still not my action to take, but one I provide support for.  As I write, I feel there's still some truths to be revealed.  It's still in the process of unfolding.

And I'm discovering that Consciousness doesn't exactly have light.  It's a bigger magnification.  It's more clarify of focus.  It's not as glaring as shining a spotlight on something, which then means something is light or dark, in the spotlight or hidden.  Consciousness brings clarity, neutrality, and allows patterns to dissipate or transform.

Consciousness doesn't really come from anywhere, although initially I thought it was outside-in.  Again with the directionals.  Outside-in, inside-out, or - just is.  It's in the core of every atom and molecule.  It's Sentience.

You can play with this within yourself, and with feelings that arise.  You will notice that not every emotion is really yours, and any story told about it isn't true.  Consciousness disperses them like the warmth of the sun (rather than sunlight) clears clouds.

Play with any or all of this, this week, and see what happens!

Joan Newcomb is a Conscious Mastery Coach and co-host of "Conscious Conversations with Joan and Janet".