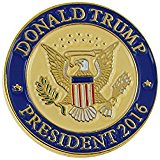 Wake Up - It's Only A Nightmare!
Summary

All dreams come to us in the interest of health and healing: Some to bring us important information as well. Some images or thoughts can be so critical and informative they bring us a "nightmare" to get our attention.

Are We All Living A Nightmare?

All dreams come to us in the interest of health and healing: Some to bring us important information as well. Some images or thoughts can be so critical and informative they bring us a "nightmare" to get our attention.

The 2016 election nightmare is no different. The United States is receiving exactly what is needed at this precise time to grow and evolve. However you must be aware and willing to look deeply at what is happening beneath the headlines and listen and follow through with the wisdom being offered you.

Working with the Trump Nightmare

On center stage of your nightmare stands the character of Donald Trump. If you take him at a literal level you may see him as a villain, demonstrating and bringing out the worst in us.

Most dreams don’t operate at the literal level, they come up from the subconscious and are much more symbolic. They demand that we approach them at the symbolic and metaphorical level and they pretty much always bring us the opposite of what we assume to be true.

Since this mass consciousness dream is also my dream, rather than a villain, Donald Trump would be playing the role of a spiritual teacher.

First and foremost, spiritual teachers help us see and transcend ego, enabling us to shed the ego’s illusions so that we can awaken to the truth of our Divine nature. The character of Donald Trump is functioning in my dream as a spiritual teacher of the highest order because he is showing me in unmistakable terms what ego looks like. After all, if I can’t see what ego looks like, how in the world can I ever hope to transcend it?

Based on the fallacy of separateness, the ego (Easing God Out) is an erroneous thought system that causes me to perceive reality opposite from what it really is; like a lens that inverts the light passing through it so that an object appears upside down.

The thought system of ego generates in my mind an illusory world of fear, hierarchy, domination, and death, while obscuring from my awareness the reality of oneness, love, balance, reciprocity, grace, and immortality.

Thanks to my spiritual teacher, I am able to witness the ego in an exaggerated form. Beholding his example, I can see how the ego seeks attention, perceives itself to be greater than others, and believes that greatness rests on wealth, fame, influence, and the ability to dominate others.

By depicting the ego in such an uncontrolled fashion, Donald Trump is giving me the tools I need to detect these same ego tendencies within myself, even when they show up in subtler forms.

My teacher is also impressing upon me the urgency of shedding this erroneous thought system by showing me where it would lead me: down the path of animosity, division, blame, projection, and violence.

Since this is in part, my dream (and, like I said, it is) by running for president, my spiritual teacher is placing before me a straightforward question: Do I really want to elect the ego to sit in the Oval Office of my executive function?

Now this is where the teaching of Donald Trump, blessed be his name, becomes truly sublime, demanding that I really step up to the plate of my own spiritual maturity. He isn’t simply giving me the chance to decide whether I want ego sitting in my Oval Office, the place where I am empowered by the Divine, the center of my heart field;  He is caricaturing the ego to such a degree that he is practically begging me to see through its act entirely and opt out of its drama completely. We all can do it, especially if we unite in thought, together.

Only the ego attacks us. In fact, outside of the ego’s inverted, illusory world, the word attack doesn’t even exist. So if I attack Donald Trump, my spiritual teacher, who is so graciously showing me what I need to see in myself, if I respond to him or his followers with anger, ridicule, hatred, and blame, I have in fact elected, inaugurated, and installed the empowered ego in my Oval Office. I am keeping alive the fallacy of separateness and ensuring that the nightmare continues.

But if I can see through my teacher’s ingenious, theatrical ego-charade and see the divine radiant Being that he truly is, a Being who for my own benefit has been willing to cloak his true nature even from himself in order to help me and everyone awaken, and if I can begin to see that the same divine radiance is my own true essence, then I will have learned what this nightmare has come to show me. The fallacy of separateness falls away, the nightmare dissolves and the angels sing and rejoice.

But let’s zoom out for a moment, because this nightmare isn’t just your personal dream, nor mine. This is a national nightmare, a global nightmare, a consciousness collective dream. So let’s listen to what it is telling us about what we need in order to heal as a country and a world.

In the world’s dream, the United States is the Donald Trump of nations, and our newly elected spiritual teacher is helping us see how we must appear to others—extremely prejudice, believing we are better than they are, and that our wealth, influence, and military force is what makes us great.

Is it any wonder that such bravado would evoke attack from others who are caught up in the ego’s inverted world of hatred, division, and violence? Think about this for a minute; what might happen if we were suddenly to wake up from our own ego dream? What if we realized that this national ego that likes to call the shots on the world stage, flex its military muscles, and flaunt its wealth isn’t US at all?

What if it dawned on US that our greatness doesn’t reside in riches or military might, but rather in the capacity to know and express right side-up reality: that we are all on this planet as an interdependent community of equals?

If we were to come to that realization, the world’s dream would change in the twinkling of an eye, and Donald Trump, supreme teacher that he is, will have accomplished his task.

How, then, could we be anything but deeply grateful that he has chosen to be among us, helping US awaken to the truth of who we are?

I would like to introduce you to “The Project for a New American Century.” I cannot make this stuff up, truth is stranger than fiction. I believe it was Mark Twain that said, “It is easier to dupe someone than it is to convince them that they have been duped.” Unfortunately, Mr. Twain appears to be spot on.

Struggling on several fronts in dealing with people who hold deep prejudices. I have come to understand a few things about prejudice.

1. It is a spiritual illness.

2. People who have a prejudice are not aware they have it.
It’s like being simultaneously born black and blind.
How can you tell?  This experience has awakened my awareness and leaves me concerned about what prejudices that I may have.

3. Those who have prejudice cannot objectively describe - the idea, situation, or truth from the other side.
They simply think that their concepts are facts.

4. Those who have a prejudice often feel and express anger towards the object of their prejudice.

5. The anger is often expressed in very demeaning words and methods.

6. Reasoning will not change the prejudiced person's point of view. At least not in the short-run.

7. I know of no way to break through the veil of prejudice.

8. Anyone with suggestions - please tell me.

9. Yes, I am sure that prayer and fasting are recommended,
but given the spiritual requirements, and the matter of free will, I do not feel confident that anyone will give it a try.

I hang on to a ond Louise Hay mantra that can bring me some peace:

Doors opening, doors closing. I am safe, it’s only change.

May we all continue to walk along the pathway to Ascension in unity and Love.

In the next seven to twenty-one days, we all may have an experience that will shatter and rock us to our very foundation levels. Hang in there, keep your heads up, and always trust the Universe.