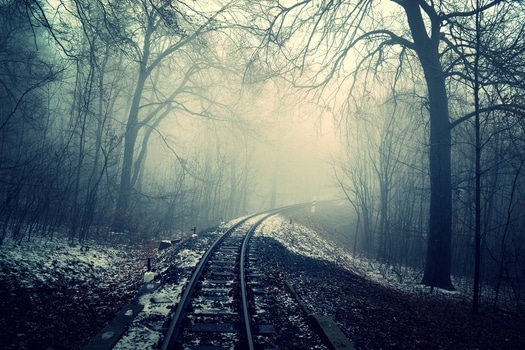 Oh My - What Have We Done To Nature? Going, going, gone!
Summary

Back in the 1950's and early 1960âs we used to have to put a bug screen in front of the car radiator or the bugs would plug it up. Young kids starting to drive today probably wouldn't recognize a bug screen. The bugs were so many that the birds lined the telephone wires - and I noted while out driving a few years ago - that except in the fall, I drove miles without seeing a bird on the wires.

Is it just in my neck of the woods - or has nature reached a tipping point?

Back in the 1950 and early 1960’s we used to have to put a bug screen in front of the car radiator or the bugs would plug it up. Young kids starting to drive today probably wouldn't recognize a bug screen. The bugs were so many that the birds lined the telephone wires - and I noted while out driving a few years ago - that except in the fall, I drove miles without seeing a bird on the wires.

Today you can drive 100 miles without seeing a bird, period.

The seagulls would flock to the fields - and follow the tractor where the farmers were working. Seldom see that now.

The car would have to be washed regularly because of all the bird droppings. What a mess. None now. The self-service gas stations kept a bucket - and water and bug squeege for you to wash your car windshield.  I am not sure they do that now. Few here will remember when they did it for you - and checked the air in your tires. Without asking.

It is here now – from whatever the causes.

The locusts and tent caterpillars covered the trees - and we had to put nets over the apple trees to keep the birds off. None of that anymore.

The lady bugs and Japanese beetles would be so thick - we had to use a vacuum sweeper wand on walls in the house to pick up the swarms.

There were Fruit Flies by the hundreds. We used to put out bottle traps to cut down the numbers in the kitchen.,Don’t need bother now and don't buy roach motels anymore. This year don’t even have to use fly tapes to cut down the flies.

Used to be in the evening we would open the door to let the flies out when they were attracted to the evening light.

Would swat the flies by the dozens off the ceiling. Nary a one this year. We used to keep several fly swatters around. I don’t even know where one is now.

Mosquitoes and black flies were a pain. Needed face nets to work in the garden.
The spiders and hornets helped keep them down.  We had gigantic hornet’s nests, and bats in the attic. No more. Almost all gone. Mosquitoes, black flies, spiders, hornets, bats, all.

The ants built big ant hills in the lawn. Bogged down the lawn mower in the sand hill when you hit one. Not one hill out there now. The carpenter ants and the termites were chewing up the house. Don’t see or hear them now, or other creatures in the walls.

Still have mice - but I am thinking those populations may be starting to dwindle, because not near so many. May be just waiting for cold weather - before coming in.

Forget the fish. My cousin would come to visit and say, “I will cook fish for breakfast” - and go out and stand on the bridge at the pond behind the house before everyone else got up - and have them frying in the pan for breakfast. No need to stand there anymore.

The giant blue heron that came to the same spot - doesn't come anymore either. Never see a big fish in the pond anymore.  Nor small ones either.  Thank you Monsanto!

Poacher's cars were a problem. They blocked the road - not that I minded the fishing - and there were little kids by the dozens.  But they come no more and I miss the kids. Deer came and stood in our yards and fields. Was even the track of a cougar. In the last five years it has gone sterile.

Before, couldn't keep a tulip, the deer would eat them. - but they are safe now.  Stray dogs, cats, even possums, come to the door no more. Used to smell skunks all the time.  It was a big problem, they and the porcupines, with the dogs. Haven’t had to deal with that for years.

No insects.
No birds.
No bees – the hives are all gone.

No snakes. We used to have lots.

Not even any ground hogs now. Their holes used to cover the fields and wreck fence posts. Used to try to figure how to get rid of them. Don't see them at all anymore.

There were so many critters, fencing the garden was a necessity. Even then, the dog was kept busy chasing them. Rabbits, squirrels, crows, would tire the dog out - but now dogs can just lie there.

When driving, I used to have to brake for all the animals, even turtles and snakes. Don't drive as much now - but never see any, or even road kill.

The critters used to sit and watch us - coyotes, and some thought a wolf - at distance, as we drove by. Birds of prey on the telephone pole - with the cleaning the carnage off the road - sort of jumping back when we drove too close - but haven't seen that in a long time.

Once upon a time - I could identify a dozen birds by their call, but for weeks - haven't heard a single songbird. Don't remember when I last heard an owl - or a loon - or frogs at night - or crickets / locusts so noisy - you had to go up and put your hand on the tree to make them stop.

The summer nights are now silent - like the winter ones - about which we used to sing - although perhaps not so well. I am thinking kids seven, eight, ten years old - may today have never filled a jar - with lightening bugs - or picked night crawlers off the walk after a storm. Bit by bit much of it went away - but seemed suddenly for me - this year is different, the rest just all seems to have left at once.

Used to watch swarms of birds in the skies. This year hardly even a hawk or a goose. The noise of the birds could be deafening - so you couldn’t talk when they were flying over. The songbirds would wake one in the morning - if it wasn’t that woodpecker sharpening his beak on the side of the house or a metal antenna somewhere. It’s rare to see a single bird up there now.

At Grandmother’s home in New Hampshire we were in a butterfly area. Swarms of colorful monarchs - and some little white critters. Haven't seen a one this year.

The mold, slime, and algae on the rocks – along with those bacteria that put big piles of froth in the stream - are there no more.

No worms in the compost pile - and no insects that were so thick that you could hardly walk near it. Now, it’s just left sitting there with the lid off.

Most of the life around us lived at a microscopic level. True, we don’t have to fight bed bug infestations anymore, buy flea collars for the dog, or worry much about whether the screen door is closed –or check the kids for lice.

Bug out has a new meaning now. Must really be putting off the “OFF” manufacturing people - and I don’t know if you could even find a bug zapper in the store.

You see, there came GMO and Roundup, although we never used it ourselves. Now G5 is coming to a cell tower near you. If any thought EF a problem before - wait until that arrives. It will eventually create a cancer city.

Most of the change has been in the last five years, but I don’t think it is a cyclical thing - like when we used to get the locusts every seven years. We will have to see.

This year it all just seemed - to reach a tipping point - and the world changed. But it may just be me. Hope so.

I’m sure the Grandkids haven't noticed it at all. Too busy texting - playing computer games -and hunting for a Pokémon.

No need to complain. It may be a shame, but it is the end game -all the same.