Stirring up God’s Good Trouble: Lessons from my Father 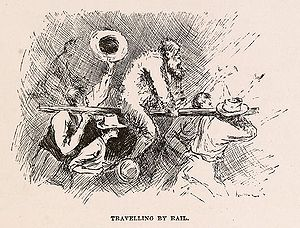 Here We Stand
Stirring up God’s Good Trouble: Lessons from my Father
Summary

Stirring up Godâs Good Trouble: Lessons from my Father

Stirring up God’s Good Trouble: Lessons from my Father

When you’re being run out of town, get out in front and make it look like a parade.
- Saul Alinsky, Rules for Radicals

My ninety year old father Bill called me up last night, unable to breathe. He was laughing too hard.

Dad had just listened to my radio interview of Amie Wolf, an aboriginal scholar in Vancouver who like me has been expelled and blacklisted from mainstream academia for telling the truth about Canada’s home grown genocide. One of the places that has recently given Amie the boot is the Sauder School of Business at the University of British Columbia (UBC): the campus where I grew up, earned my degrees and was eventually ostracized.

“That old bastard!” Dad chortled, gasping for air. “Oh Christ, the irony of it!”

“What bastard?” I asked him, hoping he wouldn’t keel over from a coronary.

“Bill Sauder! He was the one who tried getting rid of us!”

It happened when I was fourteen. My family and I had recently taken up abode in the affluent UBC community during our brief period of semi-opulence, when Dad worked as a floor trader at the Vancouver Stock Exchange. As such, we Annetts had conditionally passed the acceptability exam among the lily white locals, especially at University Hill United Church, where we quickly assumed our pew perches next to the other Chosen Few, like Bill Sauder and his brood.

As you may have guessed by the adorning of a fat cat faculty with his name, Mr. Sauder was very rich. And since, like Balzac observed, behind every great fortune stands a crime, Bill Sauder's hands were also very dirty. At the time he was head of Interfor, the clear-cutting eco-terrorist logging company, he was a top honcho at B.C. Hydro, that land grabbing, Indian-evicting monopoly, and he chaired various Mob-connected money laundering banks. And that's just the shit we knew about. Like any hoodlum, Bill Sauder was concerned about his image; and specifically, who he publicly associated with - like my Dad and, as it turned out, my Mom.

You see, we Annetts didn't really fit in with the UBC Brahmans. My father couldn't keep his head above water financially and he tended to tell ribald jokes during church coffee hour. Even worse for the United Church locals, in the spring of 1970 my Mom had naively organized a cultural exchange trip between all us Sunday school kids and three aboriginal communities near Terrace, B.C.: a hot spot of the still-raging genocide led by our own United Church of Canada. Mom had then arranged to bring a batch of the dirty little savages back to University Hill to mingle with the children of guys like Bill Sauder. The latter was other than amused.

Did somebody say deja vu?

Well, you can guess what happened next. As I experienced many years later in the same church, the People Who Matter convened a special, secret meeting to which an Inconvenient Annett - in this case, my Dad - was summoned. The conclave was chaired by none other than Bill Sauder, along with the creepy nebbish who passed as our clergyman, Harold McKay, and another rich guy, Dr. Charles Kerr.

According to my father, the truculent trio got right to the point and issued him a simple command: Move out of the neighborhood, pronto. Bill Sauder even offered to pay Dad to relocate our Annett family "to a more appropriate community"; where that was precisely, he never said.

Whenever he's in a tight spot, my Dad tends to revert to poking fun at his adversaries with appropriate quotes from Shakespeare. Apparently he outshone himself on that occasion, and the trio left as unsatisfied as King Lear. And that was when the trouble began for us.

I don't recall why my parents began fighting so much after that but I'll never forget the late night threatening phone calls, the garbage strewn on our front lawn and the frightened looks from my erstwhile friends at school. I quickly became someone to avoid, and I hadn't even issued my first students' rights leaflet yet! The fix, as they say, was in.

Harassed, increasingly broke, a family of overnight pariahs, we Annetts departed from University Hill for good soon after that. The five of us, minus my sister's little poodle She She who went to the dog pound, took up residence in a place that no doubt satisfied Bill Sauder: a dingy downtown rooming house where drunks slept in the halls.

Wisdom is a hard won thing, said Hemingway. It's always a matter of whether we will finally understand, and act on what we have so grievously learned. Sometimes that takes a lifetime. I received my baptism early on.

You know, I've always wanted to picket a School of Business.