The Secret of my Unsuccess, or Cutting Loose from Sodom 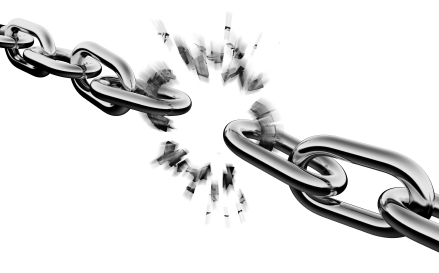 The Secret of my Unsuccess, or Cutting Loose from Sodom
Summary

The Secret of my Unsuccess, or Cutting Loose from Sodom
by Kevin D. Annett

The Secret of my Unsuccess, or

You have to entertain the crowd, which is why fiction always has to make sense. The truth doesn't. - Eugene O'Neill

If only you had have said ten percent of those kids died, maybe I would have believed you. But fifty percent, forget it. - MP Svend Robinson to the author, May 2003

For those who are nothing in the world have been chosen to bring to nothing the things that are. - 1 Corinthians

The masses have always needed a good show. Ask that consummate yarn-weaver David Icke, who regularly fills up places like Wembley Stadium with more than 30,000 avid groupies who no doubt get a great bang for their buck with tales of child eating Lizard People.

During his performances, Dave lays out the secret plans of our apparently reptilian overlords with a plethora of details unknown to the rest of us mortals. Somehow, Dave accesses and routinely makes public the exclusive dirt on the bad guys without getting whacked in the process, and with his considerable bank account and lifestyle left intact.

Okay, fine, so let's pretend it's all true. But where's the proof, David?

Of course, right there is my first mistake: asking for reality to enter in to the evening's entertainment.

David Icke clearly knows how to work a big crowd better than I do, for he succeeds like he does by always adhering to their cardinal commandment: Give us a thrill and make it what we want to hear. I've never followed that rule, which makes me an unsuccessful entertainer. Maybe that explains why Dave Icke has never answered my emails.

Nevertheless, new age conspiracists tend to flock to me for some reason, no doubt because they haven't actually read my evidence of domestic war crimes in Canada which clearly shows that the problem, dear Brutus, lies not in our stars, but in ourselves. Not a day goes by without me being deluged by some lonely guy or gal's ponderous exposition of the real connection between Obama, aliens, the coming global stock market crash and the Knights Templar. And being fatally polite, I listen to them.

I used to do the same thing decades ago with another bunch of flakes on the University of BC's psychiatric ward, where I worked as an orderly and shit-cleaner. Back then I assumed the same patiently attentive stance with whatever thorazine-pumped inmate held court to deliver their latest message from Alpha Centauri. Frankly, the Nut Ward inmates' phantasms were a hell of a lot more interesting than the banal drivel that spills forth from today's internet-reared lambkins who are experts on everything in creation save themselves. But of course IQ's hadn't taken the general nose dive back then that they have nowadays.

In truth, the method to the madness never changes. The unprovable claims of any New Age Know It All appeal to a need by the fearful to be provided with the breast milk of a simplistic, all encompassing answer to the general global madness in which we are immersed. And exactly why the crowd is so dependent on a big lie isn't rocket science: people have been taught not to think for themselves but to rely on an someone else. And yet rather than learning to milk that reliance like all the other professional answer-givers do, I still assume that people want to discover the brutal facts of life and death for themselves and do something about it, when my experience shows the opposite.

Naturally, this sad deference to another's wisdom is made that much worse by an internet technology where any assertion becomes hard evidence just because someone says it is. The speed by which rumor and opinion morphs into commonly accepted fact has become breathtakingly instant. Acquiring information is now tantamount to doing something. And so in such a detached reality where anything can be immediately true, then obviously nothing can be.

So while it's undeniable that at the end of the day people choose to remain stupid, in truth they can do little else within the modulated hive mind into which a rampant technology is absorbing us as a species. The key for our ultimate mastery was to get us all plugged into a single source of knowledge, and specifically a single electronic medium that could modulate our brain wave functions. That's basically been achieved.

So if ultimate success for freedom fighters means winning the hearts and mind of the crowd: frankly, there isn't a hell of a lot of either left to win within our comfy status quo. And yet despite our enslavement, there is a bigger script and an unseen hand at work that's invisible only to those who console their tottering lives with the spectacular answers of the High Priests of Entertainment. Meanwhile, the earthworm of truth burrows under all our arrangements and can even dislocate the global plans of Tyranny.

The other day an interviewer asked me whether I was proud of what I'd achieved, in exposing official crime and bumping the mighty from their thrones. I answered her, paraphrasing Bertolt Brecht after World War Two, “Well, some of the bastards have fallen, but the bitch that reared them is in heat again.”

The truth is that as long as we fight it on its own terrain, nothing we do alters the nature of the enemy we face, and so its crimes and depredations are never stopped. They just find a new way to operate. Of course, that's not the kind of thing most of you want to hear, which is why you'll never hear it from the likes of a David Icke and other successful showmen. But it happens to be true, as your own experience testifies every day.

The only issue now is whether or not you will leave the arena of the Adversary and set out for a new country altogether. But before all else, ahead of every clever technique or political analysis, such a journey requires vision: something by definition that you and I can acquire only from within ourselves, and not from self-proclaimed experts.

Meanwhile, the show does carry on, but none of it is our concern. For unsuccessful performers like us never make a splash in Sodom or Gomorrah, since we aren't meant to settle down and set up shop in the fallen city. Instead, by our defeats and the hard lessons thus learned we are made ready for our departure to something better. That's something we keep forgetting.

In the meantime, I'll leave the Lizards to Dave. 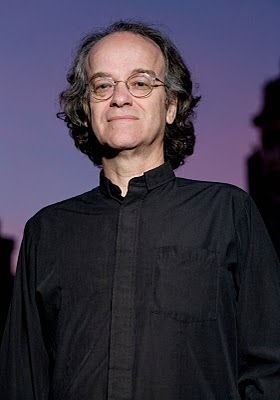