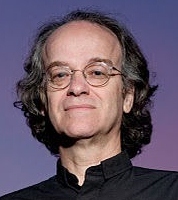 A Home Rule Charter for a New Republic
Summary

A Home Rule Charter for a New Republic

ARTICLE I – BILL OF RIGHTS

Section 1 – Under Natural and Customary Law, all authority arises from the inborn and unalienable liberty and sovereignty of the people, who are the source of all law and government. Under this maxim, all legitimate government owes its existence to the people whom those governments serve, and governments exist to secure and protect the rights of the people and their communities. Any system of government that becomes destructive of those ends is not legitimate, lawful, operative or constitutional.

Section 2 - The people of the territories known as “Canada” possess both the collective and individual right of self-government in their local community to ensure their well being, peace and liberty as freeborn men and women. That right precedes and predates all of the laws, statutes and acts of the government of Canada, its Parliament and the Crown of England, and cannot be usurped, superseded, nullified or in any way altered or diminished by those external powers.

Section 3 – Under this same right, the people of the territories known as “Canada” are not obligated to owe allegiance to Canada, its Parliament or the Crown of England or their laws when these powers violate, diminish or threaten either the liberties and rights of the people, the sanctity and health of the land itself or higher moral and international law. Under such conditions, the people are required to actively dissociate themselves and secede from those tyrannical powers, and through their own self-governing assemblies establish a new and just system of government to maintain the civil peace.

Section 4 - The people of of Canada possess the right to use those local constitutional governments to make and enforce their own laws through their own Assemblies, Courts and Peace Officers. This right shall not eliminate, limit, or reduce the sovereign right of other local governments or of the constitutional Republic as a whole.

Section 6 - The people of Canada within their local self-governing communities possess the following inherent, unalienable civil rights and liberties under Natural Law which cannot be restricted, abrogated, denied or abolished by any government, authority or statute. No governing body within Canada shall make any law or pass any statute that threatens, diminishes or abolishes these fundamental rights. These liberties are not limited by the act of defining them, and include but are not restricted to the following:

Section 7 - All the people of Canada possess the right to protect and enforce the rights and prohibitions secured by this Charter. This shall include the right of all of the people to intervene in any legal action involving the rights and prohibitions recognized by this Charter, and the right to act politically and to undertake any form of direct action and civil disobedience without fear of reprimand or punishment in order to protect the fundamental liberties and rights of this Charter. All rights secured by this Charter are inherent, fundamental, and unalienable, and shall be self-executing and enforceable against both private and public actors.

LET IT BE KNOWN AND ACKNOWLEDGED that under the Natural Law, it is the Unalienable Right of the People as sovereign men and women to covenant into self-governing bodies to enact laws and provide for the safety and liberty of their families and communities;

Therefore, We, the Undersigned, do hereby establish such a freely elected Peoples’ Assembly as a self-regulating and elected legislative and legal body, subject to no other authority except other such free Assemblies whose delegates are gathered in a Republican Congress;

We, the Undersigned, do solemnly swear to maintain and defend to the death this sovereign Peoples’ Assembly as a just, lawful body that is the voice and the safeguard of the people of our community;

We swear to govern ourselves and this Assembly according to its Constitution and the Common Law, relying on the people and their Militia and on  their common law courts for its safety and well being.

We, the Undersigned, do hereby set our Oath and names to this Charter, here, in

Constitution of the Sovereign Peoples’ Assembly

The Assembly shall be designated as The Sovereign Peoples’ Assembly of (name of community).

The Assembly shall be an elected self-governing body of the People established to introduce, debate and enact any laws or regulations decided by the People, and to generally govern and protect the community under the rule of the Common Law and the authority and Constitution of a wider Republic.

The Assembly is a de jure sovereign body not subject to any other authority besides that of similar sovereign Assemblies whose delegates gather in an elected Republican Congress. It shall have the full and undivided power of a governing legislative body, unrestricted by veto or interference, including the power to levy taxes, raise a Citizens' Militia, seize and reclaim the wealth, land and properties of the nation, and establish and maintain local Common Law Courts of Justice based on the jury system.

The Assembly shall be convened in an accessible public place on the first Monday of every month at 10 am. It shall be open to all people without restriction and will remain in session according to the will of its participants.

The Assembly shall act as a body at large in all of its deliberations, according to a majority vote system of either open or closed balloting, and according to this Constitution. The Assembly shall be administered by an elected Convener, who shall preside at and chair all sessions of the Assembly, and by an Executive body with a Corresponding Secretary. The Executive shall meet separately every week to maintain the daily operations of the Assembly, its Courts and its Militia.

The Assembly shall be established by the common agreement and pledge of at least twelve men or women in a community, under a Charter issued under the authority of the People in Assembly. The original signatories to this Charter shall assume no guaranteed role or privilege within the Assembly unless thereby delegated and elected to a position by the People in Assembly.

Either the Assembly as a whole or the Executive body shall have the power to create the following officers and bodies under the authority of the Assembly and this Constitution: