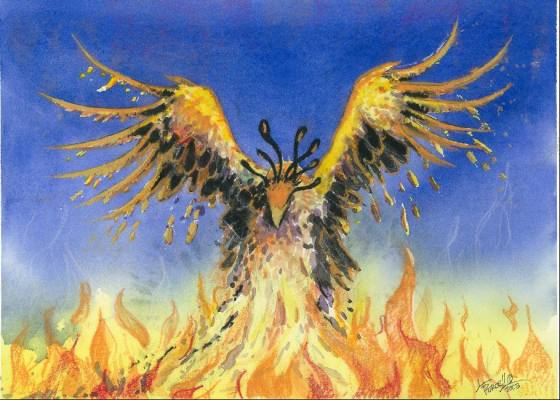 We live in a mystical, magical, Universe â surrounded by unseen forces that keep everything in sync.

I was watching a movie the other day with Kevin Costner. You may have seen it yourself.  It is called Field of Dreams. To those of you who may not have seen this wonderful movie, I will not spoil it for you; but strongly suggest that you check it out. I have seen this movie in its entirety at least three times and it fills me with the wonder and the magic of faith in an activity or pursuit. Kevin Costner’s character is put through a series of events that tests his faith throughout the entire movie, and yet, he keeps listening to his inner knowing and moves forward undaunted – without ever being sure why he is being told to pursue his various courses of action.

I am reminded of how many times I have failed to stay my course and allow outward appearances to move me from my determined course of action; only to find out too late that had I not deviated, all would have worked in harmony and according to plan. Each time I interfered, I would set myself back ten steps! How many times did I deviate because I could not see the end result of my present actions and opted instead to change course in the middle of my journey. Faith is magic in motion. In those rare times when I have held fast to my faith that my end-result would be exactly as I intended; I was always amazed at the miracles that occurred! People, events, synchronicities, were nothing short of mystical. There is simply no other explanation. Let me share with you an example from my not-to-distant past and the synchronicities that occurred.

I was living in Atlanta, Georgia and was working my own motor coach business. I was designing weekend getaways taking busloads of 50 people for gaming events, baseball games, and other special events. I received one of those coupon packs in the mail and was struck by the color and the amount of advertising coupons included. A light bulb went off and I decided that I would like to target an area and participate in this mailer. I contacted and met with a sales person and was told that I would need $5,000 for the initial one-city mailer. $5,000 might as well have been $5 Million! Yet, I filled out the paperwork, committed to the mailer and told the sales person I would have the money by the deadline – 5 days hence. I had no idea where I would get this money – none. Every day I affirmed that I would have all that I desired and required. I spoke this ad naseum! Three days passed. On the 4th day, I was traveling down the interstate when my car radio began making some twilight zone kind of noises. I got off at the nearest exit and went immediately to the Lincoln/Mercury dealer. I had to wait and while I was in the waiting room, I met a woman who had just opened up her accounting business. I told her that I had just opened up my charter business and would be in need of an accountant once things began moving in my business. I asked for her card and we began to speak of our various goals and marketing ideas. I told her about the mailer and the $5,000 price tag. She told me she knew of someone who could give me the money. I told her I could not possibly borrow that kind of money as I was unsure how I would repay it. She told me to be at her office at 6:00 p.m. and gave me the directions. I went, without hesitation and it never occurred to me that she was stringing me along. I arrived 15 minutes early, as is my practice, when I have meetings. At exactly 6:00 p.m., a gentleman walked through the door looking like he had just crawled out of a cement mixer. He warmly smiled at me and said “I understand that you need $5,000”. He handed me the cashier’s check then and there. It was all made out in my name. Before I could utter a sound he said to me “this is not a loan – it is a gift.” A $5,000 gift from two total strangers – at the mid-night hour so to speak. I was reminded of an old Baptist spiritual that said “he may not come when you want him – but he’s right on time.” The money was right in the nick of time! But, even more interesting was my absolute certainty in faith, that I would get the money in time. I was aware of the fact that although I had no idea whatsoever where this money would come from; I never doubted for one second – not one second – that it would miraculously appear. I have had many such incidents in my life. And without fail, when I am in this absolute certainty, I have never been disappointed; whether it was money, property, or some other material thing. The appearance was nothing short of mystical.

And why shouldn’t it be. We live in a mystical, magical, Universe – surrounded by unseen forces that keep everything in sync. Think about it. We know the effect of gravity. We experience it each and every moment; yet we do not know what gravity looks like.  We can experience the effect only. Is this not magical! We breathe consistently and rhythmically ever second of our life expression – as if by magic. Our body-temple is absolutely self-healing if not interfered with or thrown out-of-balance with pharmaceutical drugs or inharmonious thoughts – simply, wonderfully, mystical. The list goes on and on, but I think you get the gist of what I am saying here. Everything that we know of and experience in our small 3-dimensional arena is nothing short of magical and mystical. Faith is sufficient to contact and stay in the flow of such magic. Faith is our certainty that all will transpire as we intend – whatever we intend.

Now, there are those who might say that God dispenses in some arbitrary and mysterious fashion that gives the appearance of either being in or out of favor, depending on come capricious will of God; but I feel nothing could be further from the truth. God is no respecter of persons. Therefore there can be nothing capricious or mysterious in the nature and ways of God. It is your desire and faith in that desire that brings about the manifestation. If that which you desire harms another then you will reap the consequences of that which you and you alone have set in motion – nothing more and nothing less. There is a Universal law that you will always experience the consequences of your actions – always and without exception. Consequences are not in place as punishment; they are responses of your own thoughts, emotions, and actions. That which you send forth, you will ultimately receive back – with benefits! And everything is about soul growth and evolution – not punishment, damnation, or suffering. [If you are suffering right now, become still and allow your thoughts to travel back – sometime you can see where you have set your current life scenario in motion – you – not some capricious or mysterious will of God.]

You are an eternal energy being. I find it difficult to even comprehend that the Creator of all there is, that is rumored to be pure love; could or would provide any type of damnation or eternal punishment for the object of its love and the temple of its transfer. It simply makes no sense to me and what an awful waste of creative effort and energy.

Faith, unshakeable faith, in the magic and mystery of this world and the Universe beyond; and secure in the knowledge that I am loved and fashioned in the image and likeness of the Creator, is sufficient for me to move forward in excitement and wonderful expectation for the next chapter of my life individually and my life expression eternally. Know that you live in a Universe that is for you – not against you. Know that your life is exactly as you have intended. Know that all change is determined by you and can be accomplished by you – at any time that you decide. Know that a portion of the Creator of all things – is expressing as you; and as such simply would not wish you harm – eternal or otherwise. This knowing – this certainty – is an indivisible expression of faith. Practice this certainty. Set your intent today. Know that you are the choreographer and the dancer in this dream you call your life. Faith is always sufficient.