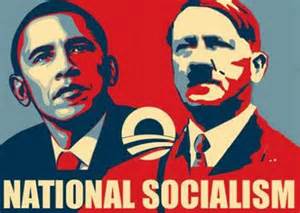 We are truly an Indoctri-Nation.

The Teaching of Garbage

Everyone asks:  WHY did that happen? If you want to know what is wrong with the USA, all answers are in the SCHOOLS!!

From cradle to grave these poor kids are FORCED-FED to betray Family, God and America. The DOEd is nothing more that a shill for the NWO Regime!

When the Constitution is NOT TAUGHT...Freedom and Liberty DISAPPEAR!

All dictators take over the Schools.

Hitler had his youth groups, Castro's had Pioneers.

The Regime has Common Core.

Charters are the most dangerous because:

1.  Charters are Corporations, not accountable to LOCAL school boards. This is taxation without representation. (remember that?)  The statistics do not hold that kids in charters do better, because for the most part charters get rid of kids who are PROBLEMS. These problem kids are then put back in the regular public schools, causing the taxpayer to "pay twice" for one child's education.

2.  Charters are typically Industry Specific - depending on their investors, so kids can be trained in a specific career path.  Technocracy is the reason the current focus is on STEM.  They need huge numbers of STEM-educated workers, to manage all of the data mining...in orde to CONTROL the population.

3. The fighters for a better education rarely mention the REAL ISSUES - the Communist Curricula. instead, focus is on standards and tests - which will do nothing to 'change' education.  Everything is driven by the curricula and method of implementation (indoctrination.)

4.  The method of learning, like "whole word reading", destroys a child's ability to match letters with sounds, resulting in making reading very frustrating.  Phonics is the solution.  Mastery Learning. aka Outcome Based education... focuses on TRAINING, NOT EDUCATION - by use of the Pavlov-Skinner box - now known as the COMPUTER!

Once data is gathered, behavior modification through testing determines the career path of the child. NO MORE FREE CHOICE FOR YOUR CHILD!

5.  The DOEd and the state DOEd's bribe the local districts with funding for, or loss of - in order to make sure they are all using the same, uniform programs.  Districts get a choice of texts determined by the DOEds.  A district that refuses Common Core or Testing?  That district loses funding for...

These were the reasons that the Constitution DOES NOT bring education to the federal level.  Education was to be local.

Education today is a huge CASH COW, where children are manipulated to believe in NIHILISM, where life has NO VALUE, NO MEANING...and the Government has all the answers.

Do more for less - and with less, and OBEY the Government.

OBEY...and you will be taken care of by the Government.

This short video explains in a nutshell:

The Regime must collect DATA at all costs.  All data will be combined in order to determine total psychological manipulation. The Regime intends to use the data to control all production, distribution and consumption.  This is why the focus is on STEM programs.  Someone has to monitor the COMPUTER!

On September 15, 2015, an Executive Order was signed with the intent of implementing:

The Executive Order (EO) is based on a “growing body of evidence demonstrating that behavioral science insights ­ research findings from fields such as behavioral economics and psychology about how people make decisions and act on them ­ can be used to design government policies to better serve the American people.”

The EO was crafted by our Nudge Czar, Cass Sunstein.

Sunstein exercised enormous, UNPRECEDENTED POWER reviewing nearly every federal regulation passed while he was in office.

For example, he reviewed the rules implementing the Affordable Care Act, as well as the Dodd-Frank financial regulatory reform laws.  He backed and re-wrote major environmental initiatives, destroying the auto industry as cars and truck become more and more cost-prohibitive to own and use.

This effort "nudges" people onto bikes, by attrition of free choice. His input for new toxic emissions rules for power plants have forced them out of business.  People will die by the MILLIONS in ice-cold winters, when coal is no longer available.

The EPA passed new regs in 2014-15 on wood stoves, wood-fired furnaces, and boilers...and fireplaces are not far behind.

EPA Imposes Its Ban on 80% of Wood Stoves, Fireplaces Are Not ...

Together with John Podesta, the EO Czar (executive order czar), many more restrictive (fraud) EO's were created to roll out during POTUS' last year in power...15 months to go.

Podesta, creator of Center for American Progress, a DNC donor, now works for Hillary. We have no idea of the EO surprises we will see before POTUS leaves, but I know without a doubt, they will destroy anything in their path.

Read more about NUDGING and Psychological Warfare, and John Podesta - a Depopulation ativist:

'Nudging' America Using Psychological Warfare To Modify Your Behavior And Force You To Comply, And The Depopulation Activist Behind The Scheme

All Regime EO's must be eliminated. Great explanation here:

The Regime follows technocracy, where they intend to nudge-herd people into cities, train them in an industry, and control all production, distribution and consumption through technology.  This is nothing more than SLAVERY.

Patrick Wood, technocracy.news - has a great book on Technocracy Rising.

School teaches Nihilism - life has no meaning. LIFE IS EXPENDABLE. YOU ARE EXPENDABLE, and Human Secularism - God is DEAD, eliminating self-worth, morality, and FREE CHOICE.

Then we wonder, WHY do we have mass murderers - and hate crimes?

Those uncontrollable children - many just seeking their own individuality to succeed...are forced into special classes, or forced to take drugs.  Eventually they  comply and "cave in" to the indoctrination. They have no CHOICE, no freedom to choose. Each action requires "more revenue", to save the children.  For more detailed information go to:

I have done many videos, speeches, seminars etc on Education.  Americans are not stupid, they are ignorant by Regime choice and manipulation.

Charlotte is one of the best authorities on education. While she was the Senior Policy Analyst under Reagan, I was learning and teaching on how to implement this GARBAGE.  Our schools are now nothing more than Communist propaganda mills, making a fortune for all the corporations and vendors involved.

Truly, we are an INDOCTRI-NATION. Read Charlotte's article: