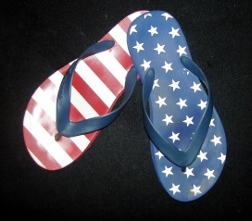 Everything is a lie, everything is connected. Once Americans learn the truth, they change their opinion. That is the beauty of being an American. We still have the ability to change.

Back in Black. Yes, its been that kind of week...

This was NOT A GOOD WEEK FOR THE REPUBLIC...(if we can even call America a Republic anymore.)   The evidence that Legislators do not even know the Constitution is ASTOUNDING!!  How can you take an oath to uphold the Rule of Law, to defend the Laws...to do something you do not know of?  You can only do that when you LIE!

Giving Iran BILLIONS of dollars does nothing but embolden the CRIMINALS in charge. You are NAIVE if you think ANY of that donated money filters to the people. That is evident by the world today:  How many TRILLION went to the UN? Why do we still have hunger, disease, water shortages, etc?  Because the money never gets to the people!

After the Haitian earthquake, $3 Billion of private American citizen donations went to the Clinton Foundation for the people in Haiti. Today, those same people live in HUTS and TENTS...while Bill and Hillary live in MANSIONS. Hillary owns at least 4 mansions:

Do you really want Hillary as President?

If not, then you must make this

Topic part of your DAILY conversations!

The Unconstitutional Department of Education just passed the unconstitutional Children Achieves Act. Exactly what will the children achieve?  How to live in 300 sq. ft. and love it?  How to work forever at a job you may or may not like? How to travel on the bus and sit in traffic? How to ride a bicycle 10 miles to work everyday, to save the planet, whether you want to or not?  How to enjoy living with millions of people unprotected? How to be a racist?  How to be a druggie, have loose s e x?  How to read a corporate training manual?  How to be part of a group and conform?  How to let others choose your destiny?  How to live your life they way the government selects?  How to think inside the box?

Over the years political correctness, changing definitions of words and tolerance were the rule so people were no longer able to learn the truth. Truth tellers were demonized.  Just look at all the flack John Birch Society took for alerting people about Agenda 21.  Today Agenda 21 is in full force. The UN now dictates America's policy.  When I formed the Agenders (Americans ending Agenda 21) we were promptly put on the Southern Poverty Law Center's list of terrorists. Go look, we are # 1.

Every Policy you see today is UNCONSTITUTIONAL - as per Article 4 Section 4.

Americans are GUARANTEED A REPUBLICAN (not GOP) form of Government, whereby the people are RESPONSIBLE to TELL their legislators what they WANT, and the legislators are to perform the WILL OF THE PEOPLE.

If Americans can vote for an new idol, is not the technology available for Americans to vote in favor for or against a new law?  Most Americans have NO KNOWLEDGE that THEY are in charge! Rights not known are forgotten. Giving that power to a President...is the path to a DICTATORSHIP, the exact thing our Founders of our Republic - WARNED AGAINST!!

The more I hear about Donald Trump, the more I like him. He is unafraid to speak the truth. Trump is right:  If John McCain was a REAL PATRIOT, wouldn't he fight harder to STOP keeping borders open and allow terrorists to gain entry into America? Wouldn't he fight HARDER to help Veterans - and protect Veterans rights?  According to John McCain, if you LOVE America - you're a "CRAZY".

He may have been a Hero for being a POW...but now he has "FLIPPED".

People flip all the time. I was a liberal Democrat - until I learned the Democratic Party favored Communism...and Communism is the opposite of Individualism.

I studied the result of their failed policies and realized that education was now training through MIND CONTROL (in Agenda 21 terms: INDOCTRINATION). Teaching a man to fish is much more successful than giving a man a fish.

This is America - and the beauty of America is that once people learn the Truth, they CAN change their mind.  I, for one, welcome the long-overdue conversation on the Destruction of the American Economy, Education, American Values. and our Constitution and Rights.

I am TIRED of being forced to CONFORM

It is TIME Americans STOPPED being the

and TAKE CONTROL OF THEIR DESTINY!!

The Constitution gives us the tools. It is up to us to use them!.  The First Amendment gives Americans the right to Petition the Government for a redress of Government. Will you sign the petition?

ARE YOU ALL TALK?   Do you even CARE? If you care, join us. Now is time for ACTION!

The time for doing NOTHING is OVER!!

YOU HAVE THE POWER! USE IT!

Do you LOVE AMERICA?

Act now, without Delay - DO this Action Plan!

NO NUKES FOR IRAN!

McCain, Lieberman to Join Graham at 'No Nukes for Iran' Town Hall ...

Over 5,000 Christians March on Washington to Quash Iran Deal

Check out these great articles on WHY BOYCOTT the BANKERS!

Buy FOOD & WATER, DEFENSE, and EMERGENCY supplies for your family.  There are food shortages, ALREADY!  TIME IS RUNNING OUT TO STILL DO THIS!!

David Morgan — Stock Up On Essentials While You Still Can